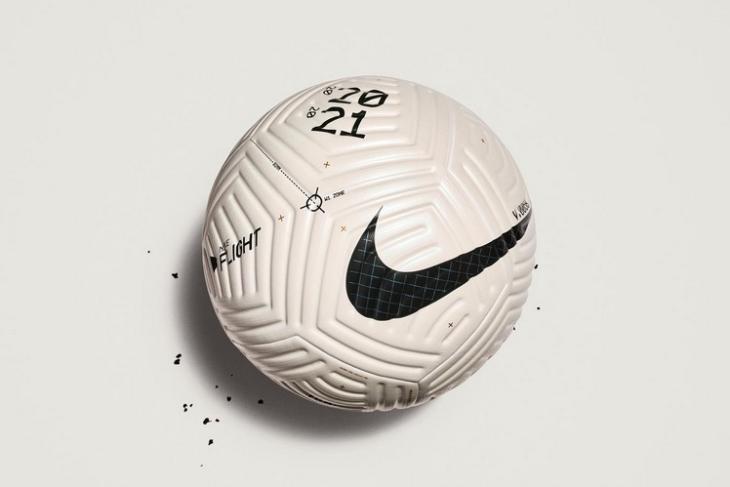 Apart from making super cool sneakers like the “CryptoKicks” and the PlayStation-themed kicks with Dualshock vibrations, Nike is also one of the biggest manufacturers of football. Balls developed by the company are used in almost all of the major leagues like the English Premier League and the Italian Serie A. So now, Nike has developed the most advanced football that they claim is “a revolution in football aerodynamics”.

The latest addition to the list of the Beaverton-based company’s football line-up is the “Nike Flight”. According to Nike, it is the most aerodynamic football ever created that makes much less unpredictable movements while in mid-air. The movements of the “Flight” will be more uniform than its predecessors and it will wobble lesser than ever after being kicked by the players. This will allow the players to control the ball in their feet with much more ease.

To achieve this feat, the sportswear giant had to create a new technology called “AerowSculpt”. It is essentially the material that is covering the outer layer of the ball. This new material will reportedly let air flow around the ball instead of increasing air friction.

Now, while developing the ball, there were 800 athletes who helped the company develop the “Flight”. Apart from these athletes, Nike used a robotic leg that was programmed to mimic kicks of football players. The company built this robotic leg at its Equipment Innovation Laboratory.

So, after rigorous testing using the automated robotic leg, Nike used the data to measure the performance of the ball when it is hit in different positions. Then they started developing the “Flight” to create the perfect football. You won’t believe it, but the company developed 68 versions of the football before finalizing the end product.

Now, we have to just wait and watch how the ball performs in major tournaments. I think the footballers will love to have more control of the ball in their feet. And as a result of less wobbling in mid-air, shots to the goal will be more precise with this ball on the field.

You Can Simply Ask Siri To Unlace Your Nike Huarache Shoes