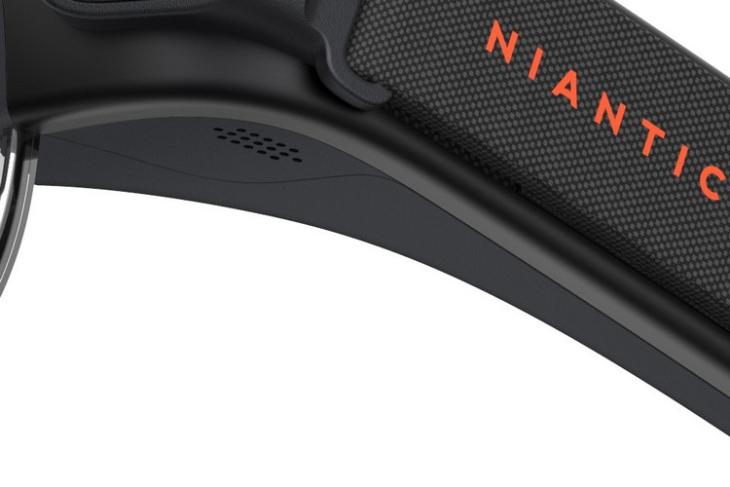 Niantic, the developer of the uber-popular mobile title Pokemon Go, has been working on AR-based products for a long time now. Back in 2019, the company partnered with Qualcomm to develop an AR Glass. However, the company reportedly revealed that it had “no plans” to make any hardware products of its own. But today, John Hanke, the CEO of Niantic Labs, has shared an image of what looks like AR Glasses.

Exciting to see the progress we’re making to enable new kinds of devices that leverage our platform… pic.twitter.com/yYglk4q89G

As you can see, it is essentially a close-up look of Niantic’s AR Glasses. They will have a speaker on its rim (similar to Bose Frames) and the “Niantic” branding on the side. We can also see the lens at one of the corners of the image. Apart from this, not much else is known about these AR Glasses at the moment.

Now, if you did not know, Niantic has been working to develop its AR-based platform for Pokemon Go since it became a popular name in the market. In 2018, the company acquired the London-based computer vision and machine learning startup Matrix Mill to improve its AR technology. Now, with the teaser image of the AR Glass, it is kind of confirmed that Niantic is looking to debut its own AR-based wearable for consumers.

So, apart from major companies like Apple and Samsung, who are already developing their AR glasses, Niantic is also aiming to launch its AR wearable in the market soon. However, there is no information about its specs, price, or availability.