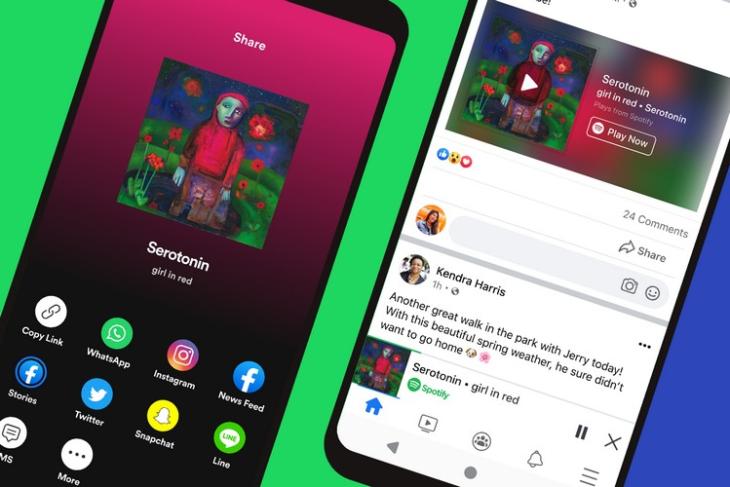 After rolling out a new UI for its desktop app recently, Spotify has now released a mini-player for Facebook. This new mini-player comes as an extension of Spotify’s social sharing features that lets users share songs and music videos to social platforms such as Facebook, Instagram, or Twitter.

Spotify announced the new Facebook mini-player via an official blog post. As per the music-streaming giant, this addition will help Spotify users, both premium and free, discover new music right inside the Facebook app.

Coming to the mini-player, it resides inside the Facebook app on iOS and Android and works as an automatic media player for users while they scroll through their news feed. Once a user starts playing a song or a video using a Spotify link on Facebook, the media will start playing on the new mini-player and allow users to discover more such content on Spotify right from within Facebook.

So, following the latest update, when users tap on a Spotify link on Facebook, the new mini-player will open up at the bottom of the screen to play the media. The first time users open the player, they will receive a consent pop-up to link their Spotify account to their Facebook account. Tapping the “Connect” button will launch the mini-player in the Facebook app. 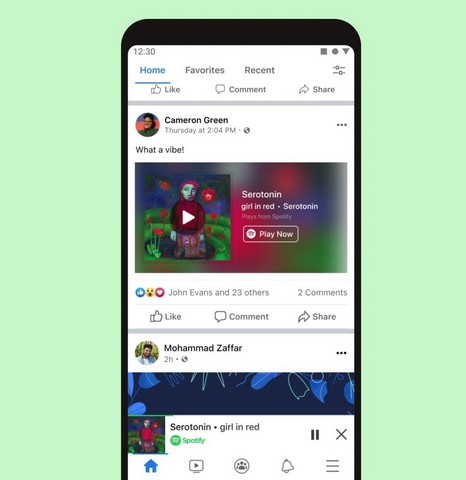 Now, the mini-player sits at the bottom of the screen with a platter of media-control buttons. It sits right there and you can continue to scroll through the news feed and continue playing content based on the initial link.

While Premium users get access to the full playback options to discover more songs and videos, Spotify Free users only get the shuffle mode with accompanying ads. Moreover, the mini-player works for select verified artists’ posts, and user-uploaded videos containing licensed music.

Moving forward, the company aims to expand the feature to other markets around the world, and hopefully, India is included in the expansion list.