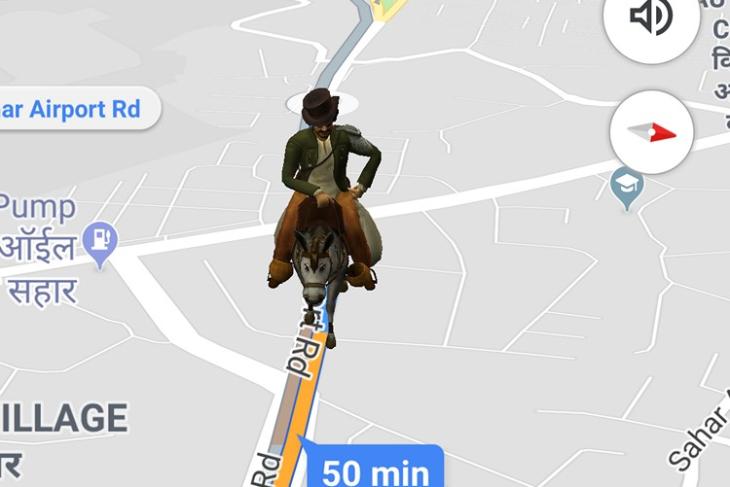 Google is collaborating with Yash Raj Films (YRF) to bring a cool new feature to Google Maps this festive season. As part of the promotions for the upcoming ‘Thugs of Hindostan’ (ToH), users of the world’s preeminent digital mapping software will now have the option to navigate using ‘Firangi Mallah’, Aamir Khan’s character from the aforementioned movie. The feature will be available on Android and iOS for the next couple of weeks.

To get started, users will need to first update their app from Google Play or the App Store. In case you choose to use ‘Firangi’ for navigation purposes, the familiar arrow will be replaced by the character on his donkey, which is apparently his favorite mode of transportation in the movie. 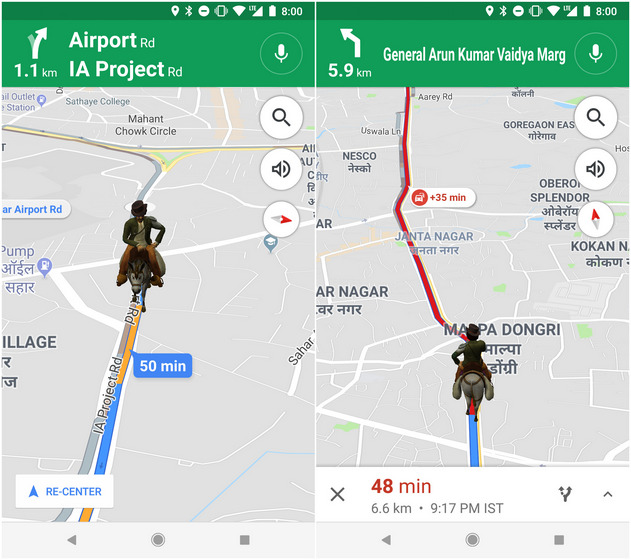 In a prepared statement, Neha Waikar, the Product Manager at Google Maps, said “We are truly excited to bring a first-time India-specific entertainment experience to Google Maps in India. As people gear up for Diwali and to watch Thugs of Hindostan, we wanted to do our bit by making their driving journeys more fun and playful … We wish the movie every success”.

Manan Mehta, the Vice President of Marketing and Merchandising at Yash Raj Films, said, “Thugs of Hindostan … brings together two legends of Indian Cinema, Mr. Amitabh Bachchan and Mr. Aamir Khan. We were aware that no marketing idea that we implement can eclipse this. So we had to think of creating a first time, unparalleled and unrepeatable marketing idea to promote this film. And in Google Maps we found a perfect partner to do so. We are confident that people will love the experience and of course the movie”.

Thugs of Hindostan (ToH) will launch nationwide on November 8 with Amitabh Bachhan, Amir Khan, Katrina Kaif and Fatima Sana Shaikh in starring roles. The ToH experience on Google Maps will be available for only a couple of weeks starting November 1, so hurry and update your app if you want a taste of it.