While I’m not chasing the fame and fortune of the recording industry anymore, music has always been an important part of my life. I played guitar in few bands, sang in few live shows – and met my first and only love of my life in one of them, wrote and recorded a handful of songs, and did most things that inspiring amateur musicians do. I can’t say that I’ve seen and done it all back in those days, but there were only two things that I envy from today’s generation of young musician: YouTube and GarageBand. Now I add one more to the list: Music Memos.

Modern musicians use their smartphones’ voice memos to help them capture their ideas. It’s leaps and bounds compared to nylon guitar, pen and paper, and old mono tape recorder that I used to write songs. But the arrival of Music Memos takes the evolution one step further.

Music Memos is a free app for iPhone and iPad that will help musicians capture, organize, and share their song ideas quickly and easily. It’s a sound recording app that analyzes the song, automatically predicts the chord progression, and add bass lines and drum beats that – wait for it – can adjust themselves to your recording. They can speed up and slow down according to the song tempo. I wish I had Music Memos back in my songwriting days.

I downloaded the app the moment I saw it, and I suggest that you – all the digital musicians out there – should too. And, after installing it in your iPhone or iPad, you can skip dipping in your toes. Jump in, the water’s great.

Some people might get disappointed when they first see the interface of Music Memos. There’s almost nothing there, only a dark display with one button in the middle. But as everybody always say, never judge an app by its minimalistic look. There are magic tricks jam-packed behind the curtain.

The first time you open the app, it will ask you whether you want to use iCloud to save your ideas. Most (if not all) iPhone or iPad users have the iCloud account, so why not put it to use? Other than making sure that your ideas are safely backed up to the cloud, you will also be able to access them from other Apple devices, including opening them using GarageBand on your Mac for further refining. 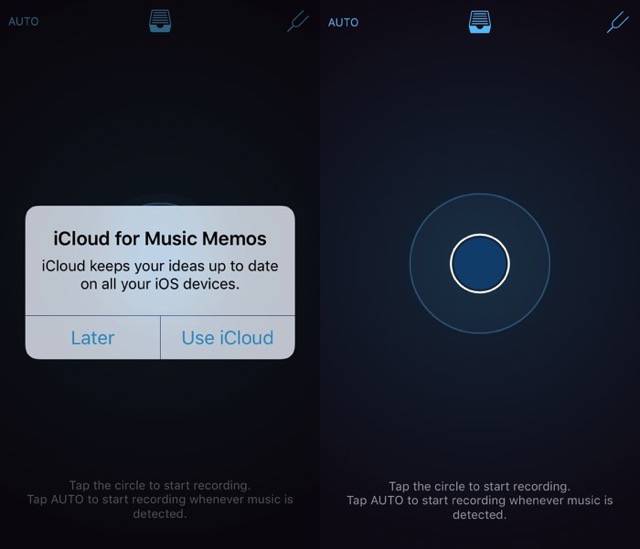 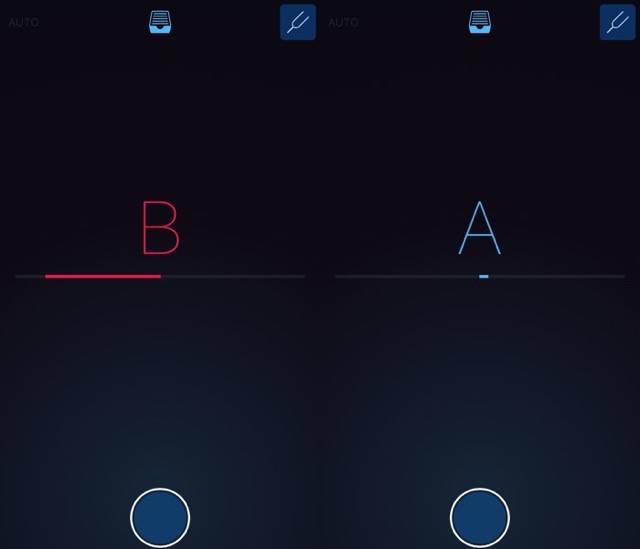 Then it’s all about tapping the big round button in the middle of the screen to start recording your song ideas. You can record your singing and/or playing a musical instrument, but Apple said that Music Memos recognizes guitar and piano better than other types of instruments.

You can also set the app in auto mode (on the top left corner of the screen). In this mode, it will listen to its environment and will start recording every time it hears the music. This mode is the perfect setting for songwriting sessions where you sit down with a guitar and a notebook, trying to find the music for the words – or vice versa.

While recording, the blue button will turn into a red square. Tap the button to stop the recording, and it will be saved automatically to your device and iCloud. The uploading process could take some time depending on the file size and the internet speed. 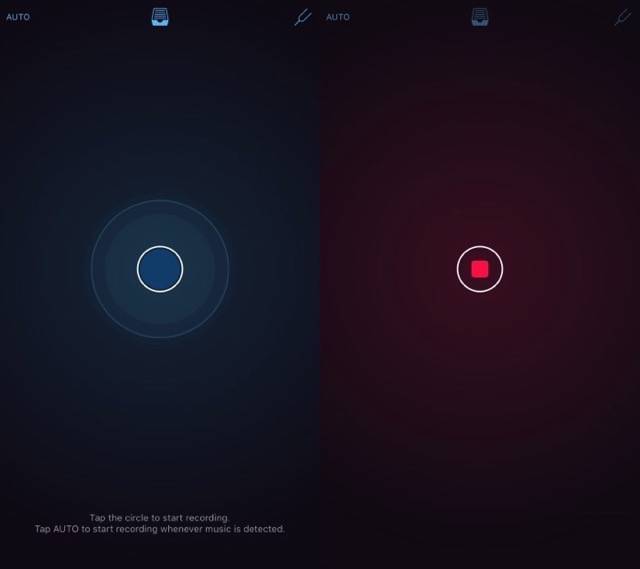 The moment you stop the recording, the editing session begins. Music Memos does most of the legworks behind the scene while it lets you do the finishing touches. It begins by analyzing your recording to figure out the best chords, bass lines, and drum beats for your song.

By default, Music Memos will name your recordings as “My Ideas” followed by numerical order. You can edit it by tapping and typing in directly on the name. I prefer to label my recordings with the song title followed by which part of the song they are, for example: “Adagio in G – intro” or “Chasing Shadow in the Dark – verse 2”. 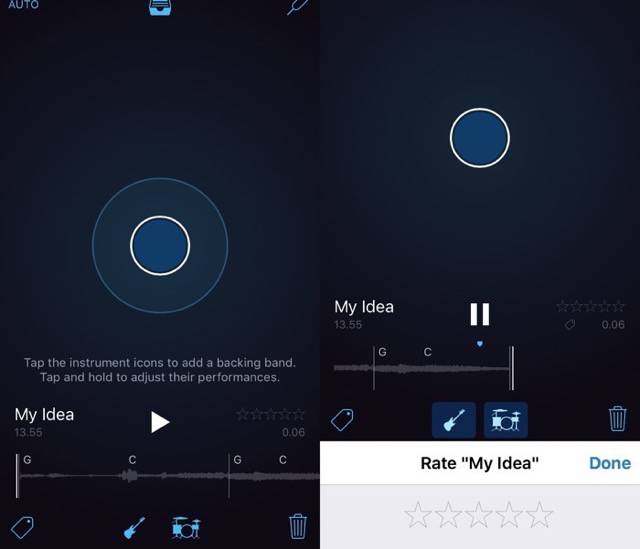 You can also add tags (the icon is at the bottom left of the screen) and stars to the recordings. Music Memos comes with several pre-determined tags, such as Chords, Chorus, Riff, Upbeat, Verse, etc. You can use them or create new tags. 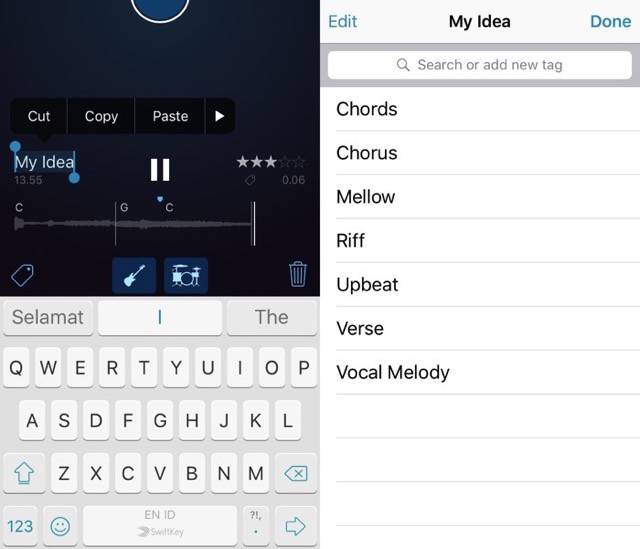 Adding or removing bass lines and drum beats from the song is as simple as tapping on its icons in the middle bottom of your screen.

To discard the session, tap the trash icon at the bottom right. 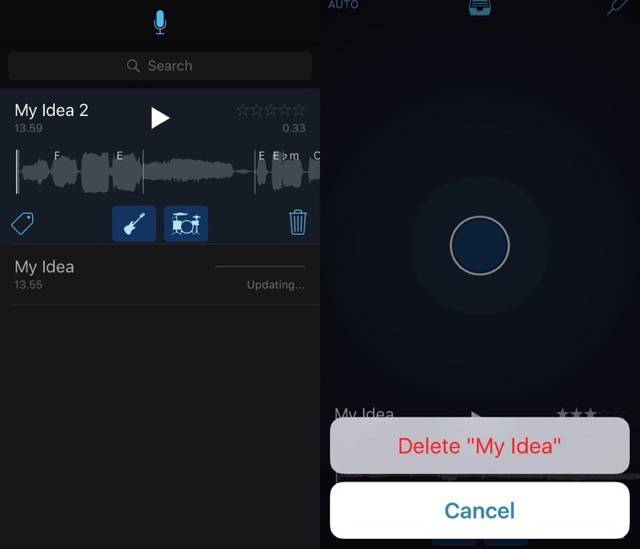 The Bass and Drum Session

The technology that Apple uses to power the bass and drum in Music Memos comes from GarageBand. It’s simplified to match the concept behind Music Memos: to capture ideas quickly. While you can let Music Memos decide on how the bass and drum accompany your song, it’s possible to tell the virtual bassist and drummer to change their style.

Tap and hold either the bass or the drum icon to open their “smart pad”. It looks like the trackpad with a dot somewhere in the middle. Change the playing style by dragging the dot to a different position on the pad. The top side of the pad correspondent to louder sound, while the bottom equals softer sound. The left side is simpler playing style while the right is more complicated.

For the bass, there are two types of instruments that you can choose: the electric or upright bass. And for the drums, the choices are modern or vintage drum kits. 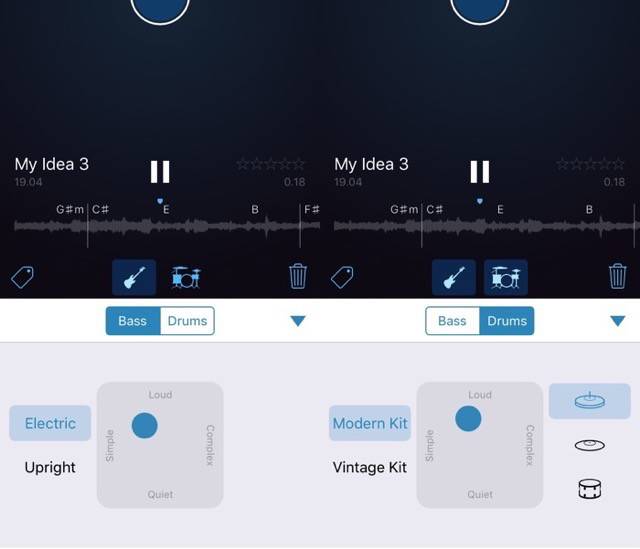 The Clipping, Sharing, And More Session

For a very simple music recording app, Music Memos has gone far with bass and drum feature. But it goes even further in the song ideas section. Tap the icon in the top middle screen to find all of your recordings. Tap and choose one of them to access more editing features. For starter, you can change the timing of the song via the tempo icon. 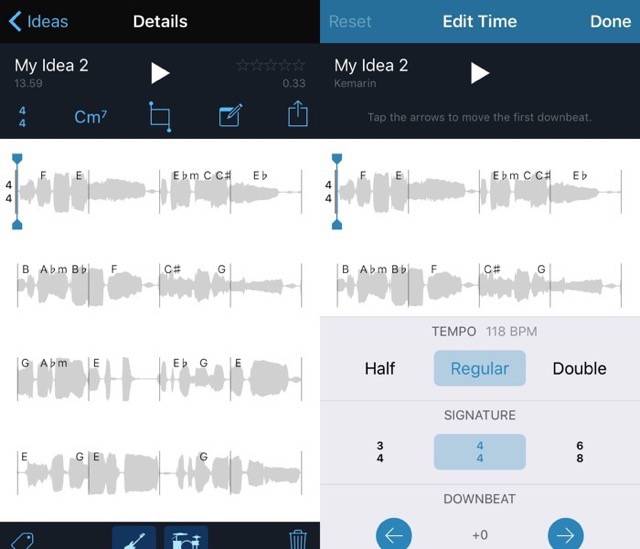 You can change the chord for any region of the song by tapping the chord icon, choosing the region, and editing the chord. 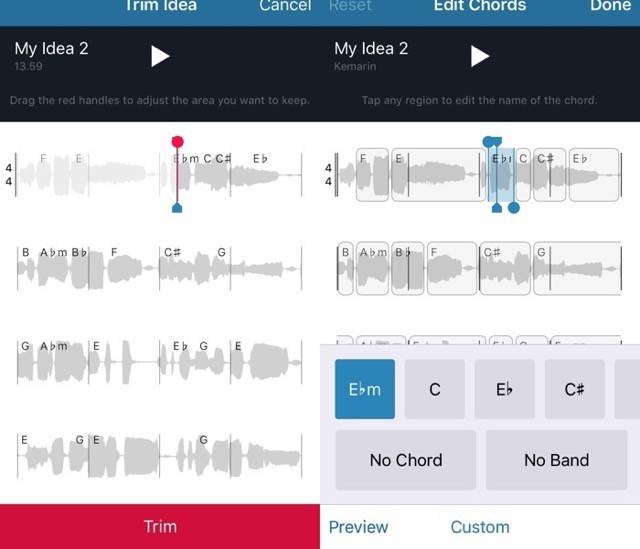 There’s also a trim tool that you can use to delete part of the song. Select the tool and slide the trim marker to the beginning of the song that you want to keep. Everything that comes before the marker will be discarded.

The note tool allows you to add a note to the song, such as a remark, brief explanation, things to remember, etc. But it’s not the only thing that it can do. Note also allows you to give information about capo position and guitar strings tuning that you use to play the song. 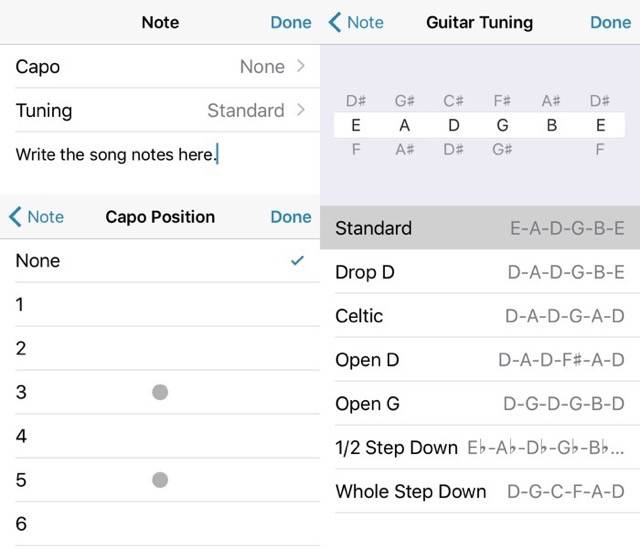 Last but not the least is the sharing tool. It provides you with a lot of sharing options such as email, instant messaging, iCloud Drive, YouTube, SoundCloud, and more. It also lets you open your recording using GarageBand for iOS if you have one installed on the same device. Those who don’t, will get the option to install, or save the recording using iCloud Drive and open it later using your Mac’s GarageBand. The bass and drum are fully editable in GarageBand. 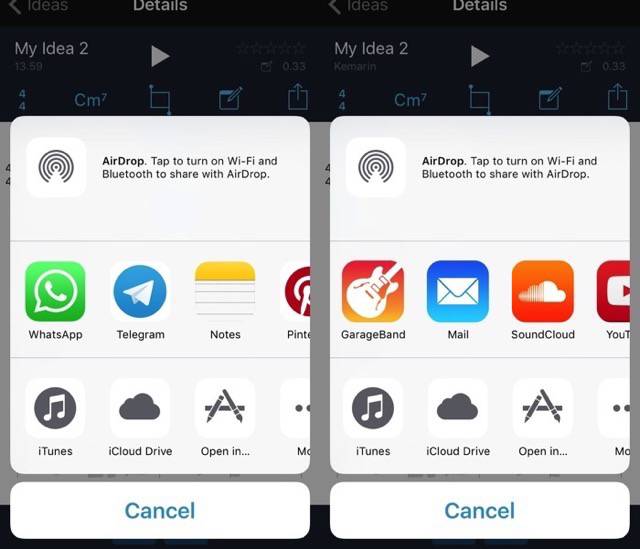 As someone who has been waiting for this kind of tool forever, I am biased. But Music Memos does impress me, a lot. It’s perfect for both tech-savvy and old-fashioned musicians to get their ideas out of their heads, so they can come up with more catchy lines and great riffs. It’s also a fun tool to create quick music for the wannabes and amateurs.

However, as every early version software, some things need to be addressed. During my initial exploration, I stumbled into one annoying bug: every time I close and re-open the app, my recordings randomly appear and disappear. I think this is due to the synchronizing lag between the app and iCloud. After waiting for a few moments, everything is back to normal.

But to be on the safe side, always keep backups of your ideas using one or two or several methods in sharing options. Also, backup manually to your Mac via the Apps section of iTunes. I’m sure fixes for this and other bugs are on their way.

Music Memos gave me that warm fuzzy feeling of wanting to pick up my old guitar and start writing music again. Try Music Memos and share your thoughts and opinions using the comment below.