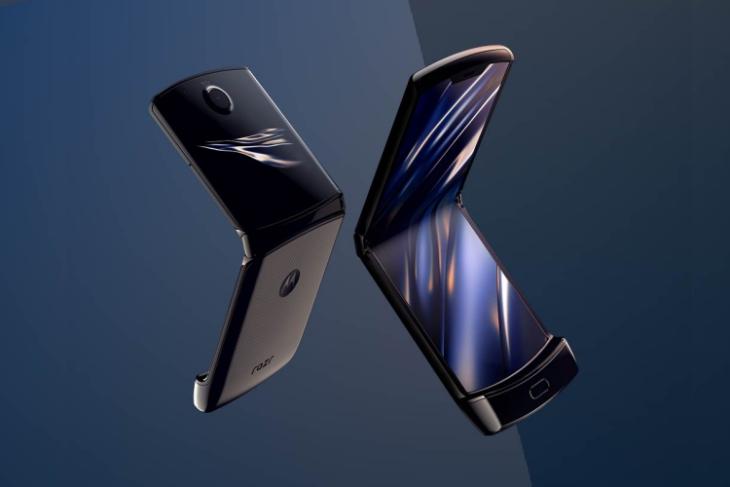 Motorola resurrected its popular Razr brand name with the launch of its first foldable phone, the Motorola Razr (2019), earlier last year. It even made its way to India at an exorbitant retail price of Rs. 1.25 lacs. Now, the Lenovo-backed company is known to be working on a second-gen Motorola Razr – complete with 5G connectivity and an improved display.

It was earlier rumored to arrive later this year but is now said to be delayed until 2021. Whatever be the case, we have today learned the alleged specifications of the Motorola Razr 5G foldable phone. It is codenamed ‘Odyssey,’ as per the latest leak from reliable tipster Evan Blass (better known as evleaks) on Twitter. The tweet includes some of the details but plentiful to get an idea of the upcoming upgrades.

The tweet revealed that the next Motorola Razr foldable will arrive with 5G support in tow. It will include a 6.2-inch AMOLED display on the interior, along with 256GB storage, dual-SIM, and Android 10 out-of-the-box. The company will also introduce a major upgrade on the camera front. It will include a dual-camera setup with a 48MP primary sensor and a 20MP secondary sensor as opposed to the single 16MP sensor on the original Razr foldable.

While Blass’ does not shed light on the processor, a recent report from XDA revealed that the next Razr foldable will be backed by the Snapdragon 765G chipset. And yeah, it does support 5G connectivity.

Finally, the leak reveals that the next Motorola Razr phone will arrive in a new color variant, namely Mercury Silver. We’re not sure whether the Noir Black or Blush Gold colorways will be available with the second-gen foldable or not. There are currently no leaks for the pricing of the upcoming Moto Razr. But, previous rumors suggest that the company is looking to lower the $1,500 price tag of the original even though it will offer better hardware and features.

A Motorola device codenamed XT2071-4, believed to be the Motorola razr 5G has been certified by China’s 3C certification agency. The listing reveals that the phone will come with 18W fast charging support.

Motorola to Unveil Its next Foldable Razr on 9th September