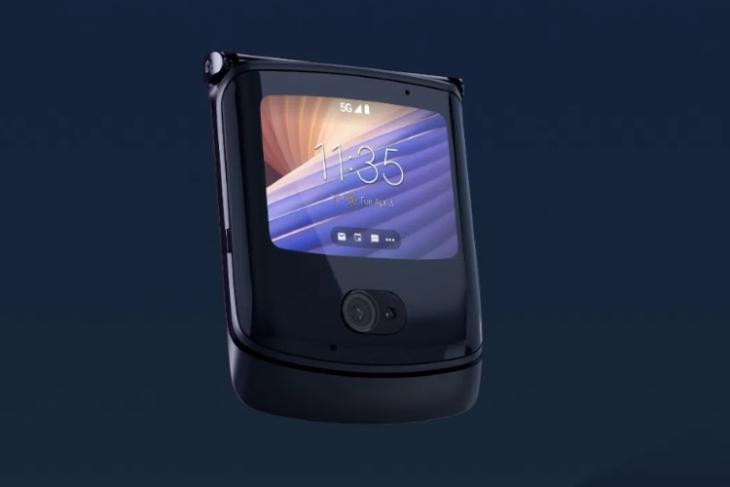 Motorola’s next foldable phone, the alleged Razr 3’s leaked image recently showed up revealing details on the possible design and even specs. Now, a few days later, Motorola has officially confirmed that it is indeed working on a new Moto Razr foldable smartphone that will be powered by the latest Snapdragon 8+ Gen 1 SoC. Check out the details below right now!

The General Manager of Motorola, Shen Jin, recently took to Weibo to share a teaser image, highlighting the Snapdragon 8+ Gen 1 SoC. In his post, Jin mentions a hidden easter egg, which is not that hidden.

We can see the representation of the brightly illuminated Snapdragon 8+ Gen 1 on top of a wide, V-shaped design, hinting at a foldable phone with a clamshell form factor, which confirms the arrival of the next-gen Motorola foldable phone. You can check out the post and the teaser image attached right below.

Hence, it is pretty much confirmed that Motorola’s upcoming Razr 3 smartphone will feature the newest flagship-grade Snapdragon 8+ Gen 1 chipset, which was recently launched as an improved version of the initial SD Gen 1 SoC. The new chip offers a 10% faster CPU performance and 30% improved power efficiency as compared to its predecessor. While the launch timeline isn’t known, there are chances that the Motorola Razr 3 could be the first Snapdragon 8+ Gen 1 phone.

The device will come as a successor to the 2020 Moto Razr 5G, which was launched with a mid-tier Snapdragon 765 SoC despite its high price. So, the addition of the flagship-grade processor to the upcoming model would be a welcome change. And as the processor will be high-end, we can expect the device to pack other premium features like a high-refresh-rate display, advanced cameras, and more to compete with the likes of the Samsung Galaxy Flip 3 or even the upcoming Flip 4.

It is, however, worth mentioning that proper details regarding the Moto Razr 3 are currently under wraps. Nonetheless, we can expect Motorola to reveal more details, including the launch date of the device in the coming days. So, stay tuned for further updates on the Moto Razr 3. Also, let us know your thoughts on it in the comments below.