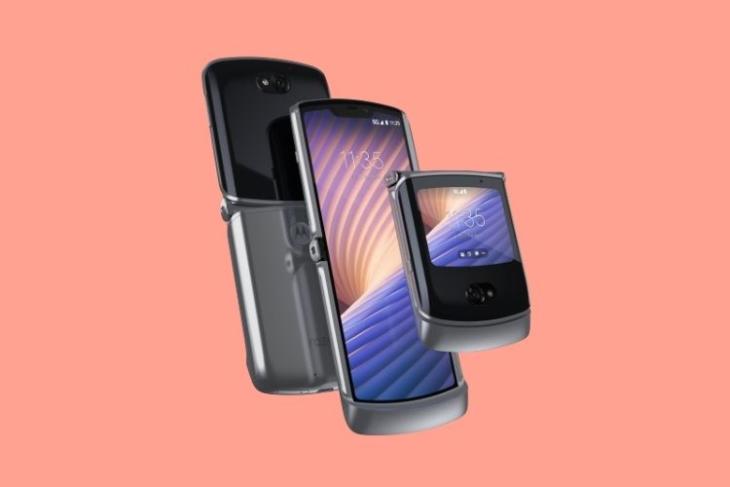 Motorola resurrected its popular Razr flip phone and gave it a modern foldable revamp earlier this year. The Moto Razr foldable arrived earlier last year (also to India, back in March) with a familiar clamshell design, single rear camera, and a measly battery. The company put an end to the flood of leaks and as promised, officially unveiled the Moto Razr 5G today.

This second-gen foldable phone from Motorola not only brings some much-requested design upgrades but also offers souped-up internals compared to its predecessor. The biggest change will have to be the improved hinge, which is now said to be quieter as compared to the creaky hinge aboard its predecessor. The hinge design has not been changed. It’s only a minor upgrade that fixes the noisy hinge aboard the original Moto Razr.

Also, the Lenovo-backed company now offers a complete glass build instead of the plastic construction of its predecessor. The fingerprint scanner has been moved from the chin to the Moto logo on the rear panel, which is a great move. Both of the displays remain unchanged. You have a 6.2-inch pOLED display with a 21:9 aspect ratio and 876 x 2142 resolution on the inside. The 2.7-inch ‘Quick View’ OLED panel on the outside is pretty much the same. It has, however, been updated to run any app on your phone, better display notifications, and more.

Under the hood, in line with the leaks, Moto Razr 5G is powered by the Snapdragon 765G chipset. It includes 8GB of RAM and 256GB of storage. The device runs stock Android 10 with added Moto customizations on top. It supports 5G connectivity, along with Bluetooth 5.0, Wi-Fi 802.11ac, and no headphone jack. 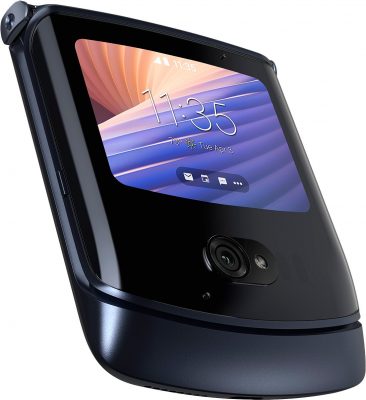 The foldable still includes only a single camera on the outside and a single camera for selfies on the inside. The former has been upgraded to a 48MP (f/1.7) camera while a 20MP selfie camera replaces the 5MP sensor aboard its predecessor. Motorola has also updated the camera app UI to make the various features more easily accessible.

Another huge shortcoming of the first-gen Razr was the measly 2,510mAh battery. It seems Moto heard the feedback and now includes a bigger 2,800mAh battery aboard the Moto Razr 2. It also supports 18W fast-charging using the USB Type-C port at the bottom.

The smartphone will be available in three color variants this time around. It includes Polished Graphite (gray), Liquid Mercury (silver), and Blush Gold. Moto Razr 5G will go on sale later this fall. The first-gen foldable did make its way to India, so there’s a huge possibility that the company will launch the second-gen foldable in the country.