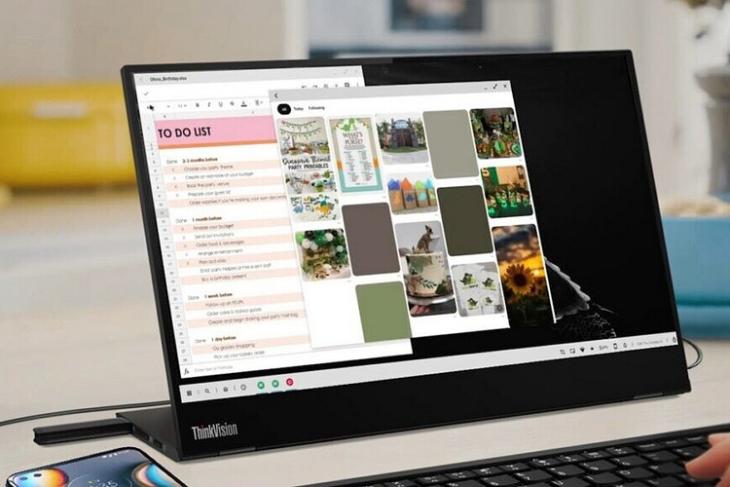 In a move aimed at enhancing productivity for business users, Motorola Mobility is reportedly working on a new ‘desktop mode’ experience for its smartphones. That’s according to an XDA report, which claims that the Lenovo-owned brand is preparing the upcoming feature to be rolled out with the Android 11 update to at least some of its devices.

The feature, which will likely be akin to Samsung DeX, can also be seen in action in an official video posted on Qualcomm’s press room yesterday as part of the Snapdragon 888 announcement. The identity of the device seen in the video is yet to be confirmed, but the report speculates that it might be the upcoming Motorola Nio (looks similar to Moto G 5G Plus) that will reportedly be powered by the Snapdragon 865 SoC and run Android 11 out-of-the-box.

In addition to the desktop mode, Motorola is apparently prepping an even deeper integration between Windows 10 PCs and Android smartphones. According to the report, the company’s Android 11 update will include an app called ‘Mobile Desktop’ that will enable users to connect their PC and phone over USB or Wi-Fi using the ‘Remote Desktop Connection’ function on Windows 10.

As part of the plan, users will be able to share files between their Motorola phone and Windows PCs, and might even be able to launch apps, mirror notifications, and carry out other tasks that are expected from remote connections between Android devices and Windows 10 PCs circa 2020. However, the integration isn’t apparently as deep and as ingrained as Samsung DeX, although, that might change going forward.

As pointed out by XDA, Motorola had earlier rolled out a ‘desktop mode’ experience with the Atrix 4G back in 2011, but the idea was too far ahead of its time and never quite gained the popularity that the company would have hoped for. While the insufficient power in ARM hardware and lack of polish in Android software back in the day prevented the feature from gaining wider acceptance, it will be interesting to see if it gains more traction this time around.