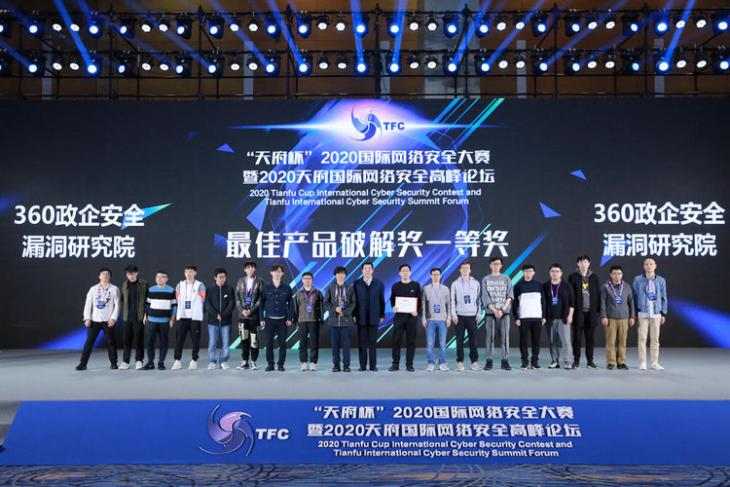 White hat hackers at China’s largest and most prestigious hackathon reportedly managed to hack into many of today’s latest software programs using new exploits that have never been used in the wild. Some of the hacked programs include Windows 10, iOS 14, Ubuntu, Adobe PDF Reader, Chrome, Safari, Firefox and VMWare, among others.

Held in the central Chinese city of Chengdu, in central China, the third edition of the Tianfu Cup was held over the weekend with fifteen teams of hackers who broke into the aforementioned programs using new exploits. The biggest winner at the event was the team from Chinese cyber-security giant, Qihoo 360, which pocketed $744,500 out of the total prize pool of $1.21 million. AntFinancial Lightyear Security Lab and security researcher, Pang, rounded out the top three.

TFC 2020 has come to the end, all these excellent offensive researchers and their burning 0days makes #TFC 2020 a success! Thank you all for participating and following!🥳🥳🥳 pic.twitter.com/MwJLc5M0B4

According to ZDnet, competing teams were given three attempts of five minutes each to hack into a selected target using an original exploit. “For each successful attack, researchers received monetary rewards that varied depending on the target they chose and the vulnerability type”, said the report.

All successful exploits are reported to the software vendors so that they can patch up the vulnerabilities through future updates. Users of the affected software can expect the patches to start rolling out in the coming weeks. The following is the list of software that were successfully hacked during this year’s competition: