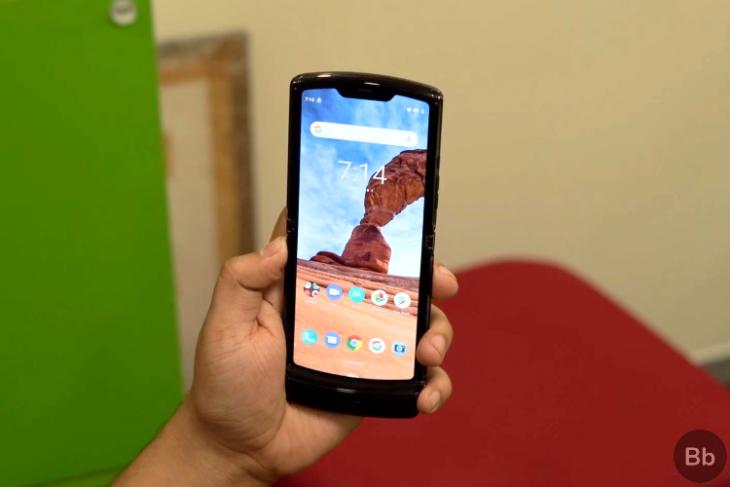 Motorola’s next Razr-branded flip phone is likely to launch on September 9, and the company has already started teasing the device on Twitter and through other social media platforms. Online speculations differ on whether it will be an all-device or just a 5G version of the first-generation Razr, but either way, new developments now suggests that it might not offer that much of an improvement in terms of battery life over its predecessor.

According to MySmartPrice, an unannounced Motorola device with model number XT2071 recently received its certification from TUV Rheinland, revealing its battery capacity. Likely to be marketed as the Moto Razr 5G, it will ship with two separate batteries rated at 1,180mAh and 1,453mAh, amounting to a total of 2,633mAh. Do note that these are the ‘rated’ capacities, which means that the ‘typical’ combined capacity of these cells will likely be around 2,800mAh.

While that will be slightly better than the 2,510mAh battery on the first-gen Moto Razr, it will still fall short of the battery capacity on the Galaxy Z Flip 5G, which comes with a larger 3,300mAh battery. Meanwhile, the certification also revealed that the phone will support 18W fast-charging. That would be another incremental upgrade over its predecessor, which supports 15W charging.

Lastly, another interesting revelation from the certification is that the upcoming phone will ship in at least four variants – XT 2071-2, XT 2071-3, XT 2071-4 and XT 2071-5. It’s not immediately clear as to how these models will vary from one another, but a recent report suggested that Moto Razr 2 might have model number XT2071-4. In case you’re wondering, the first-gen Moto Razr carries the model number XT2000.