Skip to content
Home News Minecraft Bedrock Gets a New UI with 1.19.10 Update 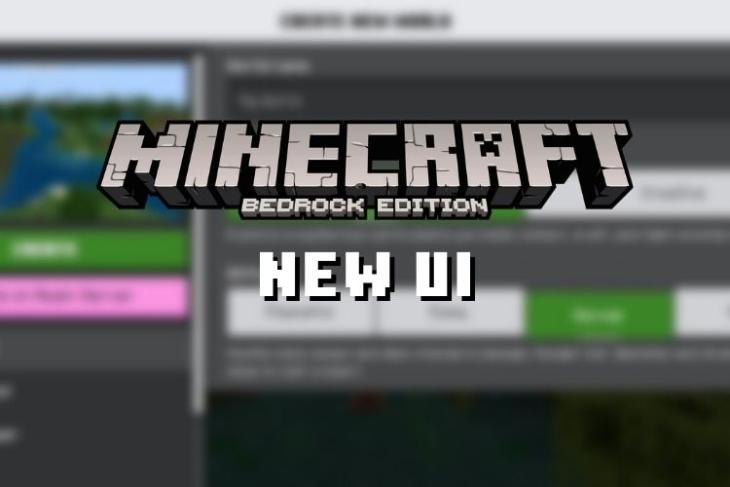 After years of annoying accidental clicks and confusing menus, Minecraft Bedrock 1.19.10 has finally introduced a brand new user interface to the game. And it’s better than anything you could have expected. With the new UI for Minecraft Bedrock, the game is now cleaner, more modern, and much easier to navigate through. Unless you have already experienced the new UI for a few months using Minecraft Preview, there’s a lot for us to unfold. So, let’s dive right in!

Compared to the earlier user interface designs and the Java edition’s current UI, Minecraft Bedrock has the most modern-looking UI in all its versions. The new UI is sleek, dynamic, and visually much simpler to navigate through. And you don’t have to take our word for it. The screenshot below depicts the differences between the older UI of Minecraft Bedrock and the one released with the 1.19.10 update.

As you can notice here, the new UI clearly contrasts different toggles with distinct vibrant colors. And even though the design is modern in appearance, it still keeps the physical button-like look of the menus intact. Even the classic Minecraft font remains the same. Moreover, the new UI also addresses the issue of Minecraft Bedrock not being friendly and welcoming to new users. We also get a brief description of each option in the settings that players at all levels can make use of.

How to Activate the New Minecraft Bedrock UI

Navigate through the “Create New World” section and its sub-sections, Achievements section, and the world settings of existing worlds (for some players only)

Depending upon the player’s response to the new UI, we might see it getting implemented throughout Minecraft Bedrock. In the meantime, you can learn more about the thought process of the new Bedrock UI from the developer’s official blog post. With that said, do you like the new UI? Should developers bring it to Java edition too? Share your opinion in the comments below!

Who is Herobrine in Minecraft? Explained!