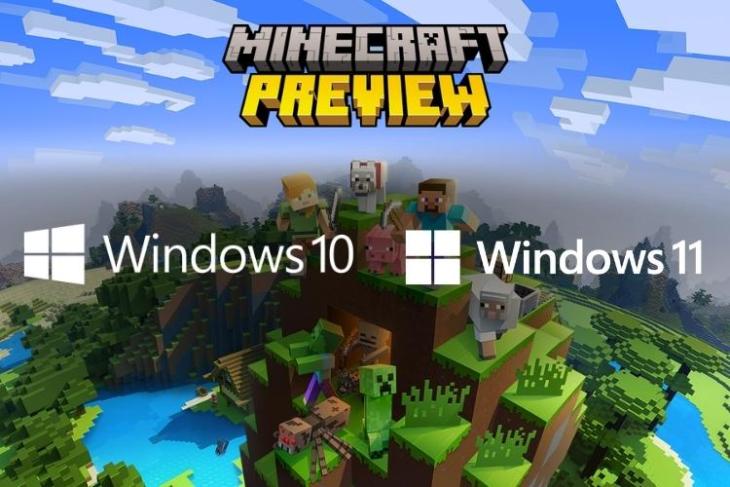 Minecraft’s developer recently announced that they are changing the way game’s beta program works with the release of a new app called Minecraft Preview. Based on the Bedrock edition, it is a separate app that runs alongside the original game. Unlike earlier beta builds, the app doesn’t replace the existing game to install the beta versions of Minecraft. And thanks to the perfect timing, the app is reaching users right alongside the announcements for the Minecraft 1.19 update. As a first, it is also the only option for iOS users to test new Minecraft beta features on their device. With that said, let’s focus on the big news for today, which is Minecraft Preview for Windows.

Minecraft Preview Is on Microsoft Store

Moreover, unlike the current iOS and Xbox versions, Minecraft Preview for Windows is not a beta. It is a fully developed app with lesser bugs and faster load time. And if the trend is to continue, Windows users can also expect to get beta updates earlier than most platforms.

Can I Download Minecraft Preview With Xbox Game Pass?

[UPDATE | 19th March, 2:00 PM IST] – As for March 2022, Xbox Game Pass users can download the Minecraft Preview app through the Xbox App. It is available for both Xbox and PC users who have an active Xbox Game Pass membership.

What About Java Snapshots?

The Minecraft Preview app is only going to provide Bedrock beta versions to all platforms. So, Minecraft Java users will have to rely on the official snapshots that automatically become available in the game launcher. Due to the already streamlined system in the Java edition, we are not expecting to get a separate beta testing app anytime soon.

Minecraft Preview for Windows is Here!

Whether you are waiting to try the new Minecraft 1.19 biomes or just want an option to use betas, the Minecraft Preview is here to help. If you are not a Windows user, the app is also available for Xbox and iOS users, as long as you are able to join its beta. With that said, what features are you most excited to test in Minecraft Preview? Tell us in the comments!