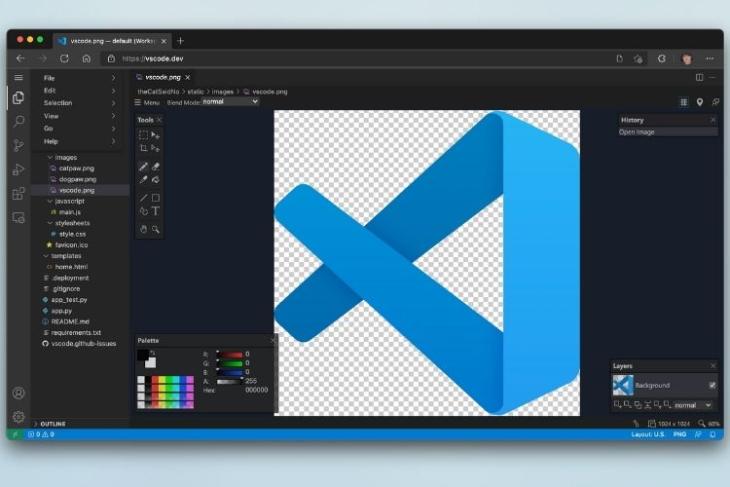 To enable developers to use its feature-packed code editor effortlessly, Microsoft has now rolled out a web version of Visual Studio Code that you can run in any web browser. The code editor, which is now accessible via vscode.dev, lets developers access and use a lighter version of VSCode using their favorite web browser on their Windows PC, Mac, Chromebook, or even an iPad.

The Redmond giant announced the rollout via an official blog post recently. The company is calling the web version of the VSCode editor a “zero-installation local development tool” as it lets developers install extensions and sync their settings via a GitHub or Microsoft account login. They don’t need to install the code editor locally on their device.

In the blog post, Microsoft explained various scenarios in which developers can take advantage of the web version of VSCode. These include local file viewing and editing for taking quick notes, building client-side HTML, Javascript, and CSS apps in combination with the browser tools for debugging, and editing code on systems that do not let users easily install VSCode like on older Chromebooks that never received Linux-support.

“With the availability of vscode.dev [website], we begin to finally realize our original vision of building a development tool that can run fully serverless in the browser,” says Microsoft.

Now, although the availability of Visual Studio Code editor in web browsers is impressive, it does come with a few limitations. For starters, most of the extensions do not work properly as they need to be updated to run as web extensions. However, Microsoft is aiming to improve VSCode on the web in the coming months to make it more useful for developers.

“Bringing VS Code to the browser is the realization of the original vision for the product. It is also the start of a completely new one. An ephemeral editor that is available to anyone with a browser and an internet connection is the foundation for a future where we can truly edit anything from anywhere,” the Redmond giant further added.