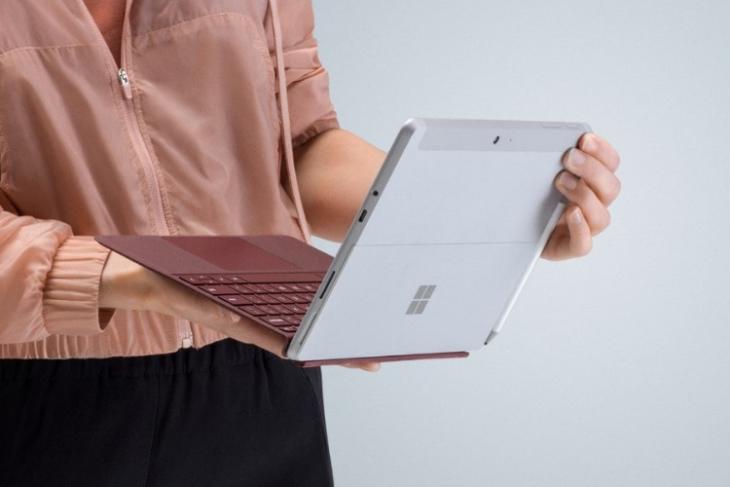 Microsoft has usually been pretty laid-back in bringing its Surface lineup to India, with the last year’s Surface Laptop and Surface Pro 5 launched only earlier in August. However, it seems like the Redmond giant is now gearing up to take on the newer bezel-less, Face ID-sporting iPad Pro with the impending launch of its tiny Surface Go tablet in the country.

The teaser page for an upcoming Microsoft Surface device has today gone live on Flipkart and there are plenty of indicators that tell us that it would be the much-awaited Surface Go. It’s not just the “#OnTheGo” hashtag with the “Coming Soon” tag, but also sneak peeks at the device – be it the handy build, tiny screen, huge bezels or kickstand.

While Flipkart has created this landing page for the Surface Go, which you can check out right here, there’s no official word on when Microsoft plans to officially launch the device. Until then, let’s take a quick peek at the specs and features of this Windows 10-powered tablet.

Right off the bat, you can see that Surface Go is a miniscule Windows tablet with a 10-inch display with a resolution of 1800×1200 pixels. There are massive bezels on this device, which are not in tune with the times in 2018.

The Surface Go is powered by the Intel Pentium Gold 4415Y, which is a 2-core, 4-thread Kaby Lake chip. It is paired with either 4GB or 8GB of RAM and 64GB or 128GB, using an eMMC interface, which might be low but enough for a productivity device you need on the move. 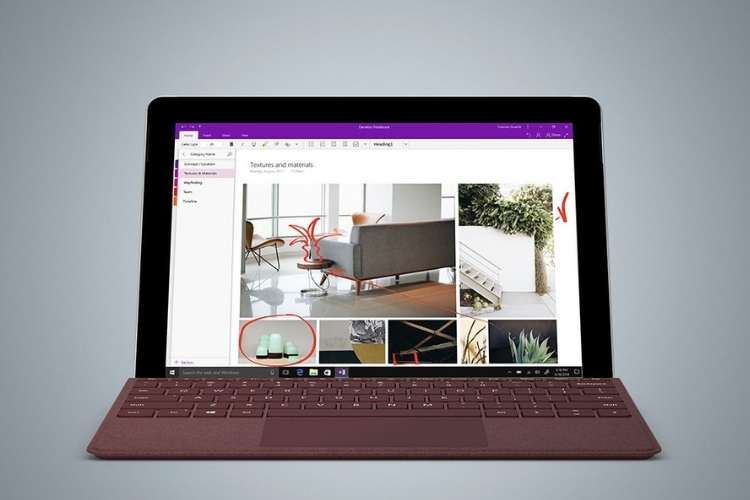 The device features Microsoft’s signature kickstand with an unlimited position setting and the proprietary Surface Connector port for charging and attaching it to a desktop dock. It runs Windows 10 in S Mode out-of-the-box, but you can upgrade to the Professional one, but there’s no going back once you make the switch.

It also packs in two cameras, yes, an 8MP sensor on the rear and a 5MP sensor on the front with Windows Hello facial recognition. There’s no fingerprint sensor on board, and you only get one USB Type-C port, 3.5mm headphone jack, and a card reader here.

There have been no leaks for the price and availability in India and the teaser itself came as a surprise for us. However, there’s no speculating as the Surface Go starts at $399 for its 4GB+64GB variant and you’ll have to shell out $549 for its 8GB+128GB variant.

This means the Surface Go will be priced starting at about the Rs 40,000 mark, which is surely a fair guess when you consider the retail tags of past Surface product launches in India. The $99 keyboard cover, $99 Surface Pen, and the $35 Surface Mobile Mouse are add-ons and will have to be purchased separately.