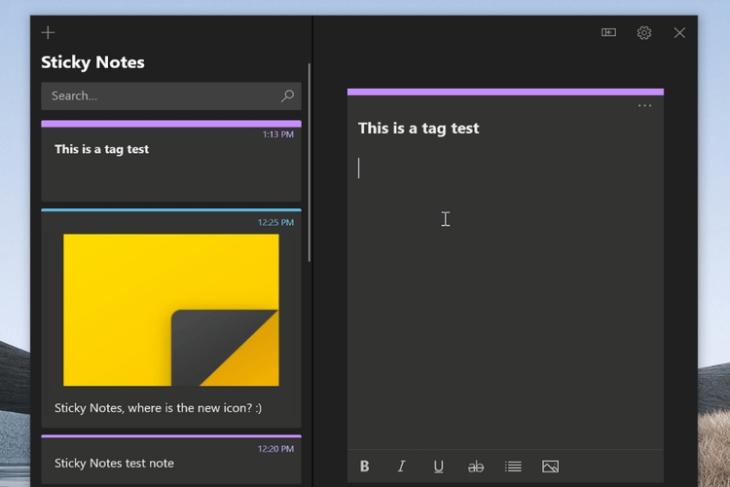 Microsoft is apparently preparing to release an improved version of Sticky Notes on Windows 10. As spotted by Aggiornamenti Lumia, the app will gain support for an extended mode and tag management.

Extended Mode, as the name suggests, will provide you with an option to extend individual sticky notes from the list of all your sticky notes. This way, you will instantly get a better view of your notes with more details and better controls. You will still be able to separate individual notes, as demonstrated in the GIF below.

Alongside extended mode, Aggiornamenti Lumia has also managed to find another upcoming feature – tag management. With this feature, you can add tags to your notes and then use those tags to quickly find your notes. While this is a standard feature across popular note-taking apps, it is good to see the feature on Sticky Notes.

It is worth keeping in mind that these two new features are from a pre-release version and there is no guarantee if the Redmond giant would ship the upcoming Sticky Notes build with these features.

Considering these are useful features, we could expect Microsoft to incorporate it into the app. Even if the company has plans to do so, an exact availability for the public release is not known so far. Whenever that happens, Sticky Notes users will probably be happy to get these two new convenient features that improve the overall usability of the app.