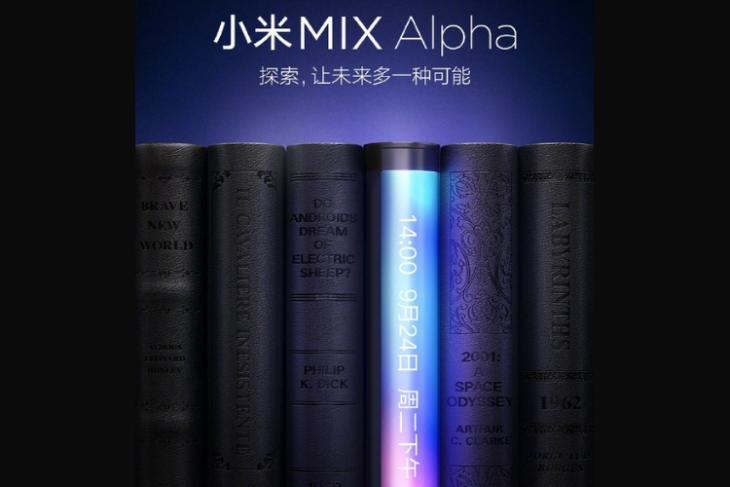 Xiaomi’s upcoming flagship, the Mi Mix Alpha, has caused enough confusion ahead of its launch. The teasers hinted that the smartphone will be a foldable phone, but Xiaomi has confirmed that it’s not going to be one. It will be an innovative new prototype, which will house a 108MP sensor on the rear, as per the latest teaser shared by the company on Weibo.

Xiaomi hasn’t revealed anything about the Mi Mix Alpha, but has been sharing teasers to hint at upcoming features. The latest teaser asks the question – “Is the future of mobile phone photography a replacement for cameras?” and also adds that mobile camera tech continues to develop at a high speed. This upcoming flagship has been confirmed to host Samsung’s recently announced 108MP ISOCELL Bright HMX sensor. The company’s been developing this sensor in partnership with Xiaomi for quite some time now.

Xiaomi first announced its plans to use this sensor in a smartphone at the event where it showed off the 64MP sensor that’s baked into the Redmi Note 8 Pro. The 108MP sensor is capable of capturing photos at a mind-numbing resolution up to 12032 x 9024 pixels, which the Mi Gallery app has been updated to support. The file sizes are anticipated to be around 40MB.

Xiaomi has also shared the first camera sample from the Mi Mix Alpha on Twitter. It has shown off the photography prowess of the 108MP sensor, where in the images attached above are all quite detailed and don’t lose detailed even when zoomed in 4 and 8 times. So, we can expect the company to talk in detail about the cameras, bringing a massive printed poster on stage, and then zooming in to tout about the details as that’s exactly what users will be doing.

Apart from the primary 108MP camera, the details about Mi Mix Alpha are pretty sparse. We expect to see a 2K display with a 90Hz refresh rate, Snapdragon 855 Plus with 12GB RAM and up to 1TB UFS 3.0 storage and Android 10-based MIUI 11. We still don’t know how the display will wrap around the sides and the camera specifications for the Mi Mix Alpha.