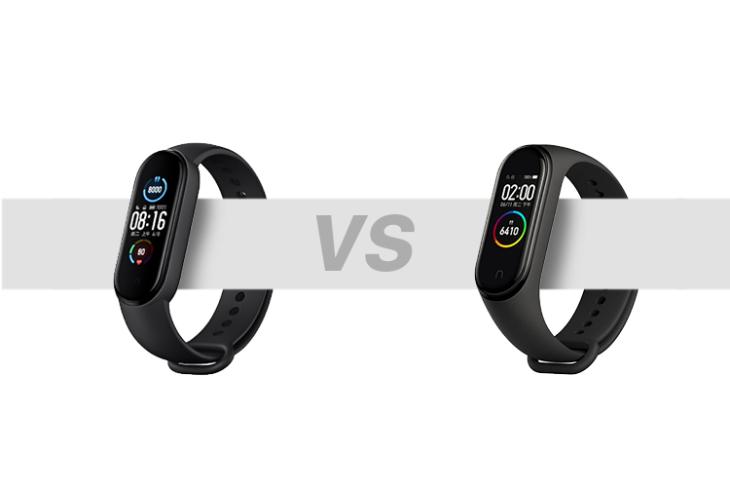 The Mi Band 5 arrived today as an upgrade over the Mi Band 4, which launched about one year ago. It carries forward the same design as its predecessor but introduces a myriad of new features to keep the product refreshing and worth an upgrade. Xiaomi has now included a bigger display, new sport modes, magnetic charging, and a lot more in the Mi Band 5.

So, if you are looking for a resource that tells you how the Mi Band 5 differs from the Mi Band 4 then you have arrived at the right place. Keep reading to learn about all of the upgrades that Mi Band 5 brings over its predecessor.

Mi Band is a tiny & affordable fitness tracker but Xiaomi is offering more screen real-estate with its latest release. Mi band 5 features a 1.1-inch color AMOLED touch display, which is a 20 percent increase over its predecessor. It’s only a minor bump but makes it possible for Xiaomi to display a little more information on the screen. 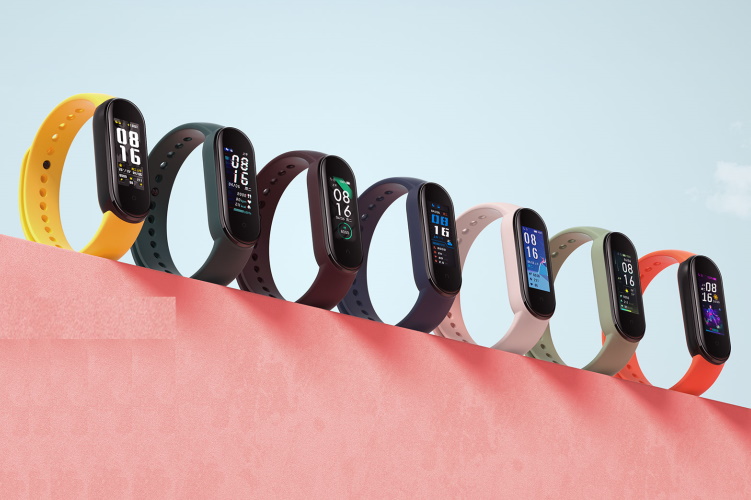 Mi band 5 also sees Xiaomi introduce more than 100 new watch faces, with several of them being from renowned animated series, including Hatsune Miku and SpongeBob SquarePants. You can access them all from the Mi Fit app.

Xiaomi has also updated the number of activities that the Mi Band can record. It now supports 11 sport modes – six new ones in addition to the existing treadmill, exercise, outdoor running, cycling, walking, pool swimming.

One of my favorite additions to Mi Band 5 will have to be 24-hour sleep tracking. All of the previous-gen fitness bands from Xiaomi only recorded your sleep sessions at night, it did not take into account your afternoon power naps. That changes today with the Mi Band 5 as it’s going to record all your sporadic naps, along with REM sleep tracking apart from light and deep sleep.

This fitness tracker is equipped with a PPG heart rate sensor, which Xiaomi claims to be around 50 percent more accurate than its predecessor. Mi Band 5 supports 24/7 heart rate tracking, like usual, but you now also get four new health modes in tow.

For the first time, the Mi Band 5 now displays your Personal Activity Intelligence (PAI) vitality index. It’s based on data such as gender, age, and heart rate to give you an idea of your physical activity. There’s also stress monitoring and breathing exercises baked into this new fitness tracker.

Mi Band 5 fixes one of the biggest nuisances of its predecessor. It introduces a new charging mechanism, one that does not require you to take the pill out of the strap. 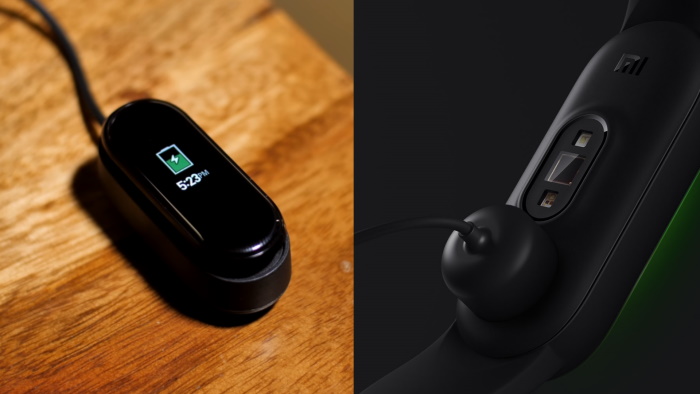 With Mi Band 4, you had to remove the strap and place the pill on a cradle. Mi Band 5 eliminates this with the introduction of a magnetic charger. You can simply snap it to the pogo pins at the bottom to juice up the fitness tracker. This has solved the biggest grievance we’ve had with Mi Band for years.

Also, the Mi Band 5 includes a smaller 125mAh battery than the 135mAh battery aboard its predecessor but still offers the same 20-day battery life, as per Xiaomi. I’m curious as to how this is possible as the new fitness band also has a bigger display now. Weird sorcery?

Xiaomi has brought some substantial upgrades with each Mi Band iteration over the years and well, the Mi band 5 is no different. It not only fixes most of the complaints with its predecessor but also brings along six new sport modes, advanced health and sleep tracking, and more for almost the same Rs. 2,000 price tag.

If you put the design aside for a second, you get a more refined and feature-rich fitness tracker – one that might even outweigh the likes of Fitbit Inspire, which is a way more premium and expensive fitness tracker. Mi Band 5 will enable Xiaomi to continue its streak as the best-selling fitness accessory brand across the globe.