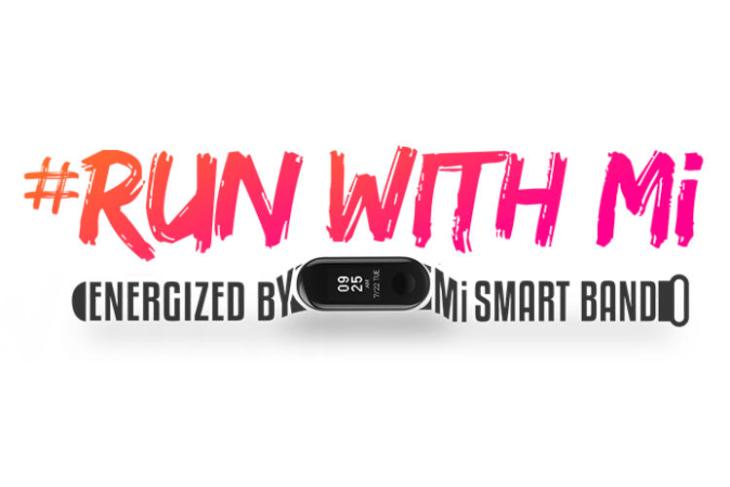 Xiaomi India took to Twitter today to start teasing a new product in the wearables category, which the company is saying will measure users’ step count. The company has made two tweets about the same, with the first one simply showing the words ‘unfit’ which later change to ‘fit’ and the outline of what looks very much like the Mi Band 3 or Mi Band 4 appears to the side.

Mi fans, here's some motivation for you to #RunWithMi. Every finisher will get the upcoming #MiSmartBand.
Can you guess? Hint's in the image.

For those who haven't registered yet, head here > https://t.co/FyLHcwnWIr pic.twitter.com/K7fmDVWOlZ

This could be a hint at a new fitness tracker from the company, although it’s unclear exactly what it may be called. Another tweet from the company also emphasises a lot on “i” which has led to some people wondering if Xiaomi might be launching a Mi Band 4i in the country.

It's not a 👟 but something that tracks every step you take. Do you know who am 'i'?

RT if you know what is coming! pic.twitter.com/kbcQxrYTBy

However, if Xiaomi India’s tweets are to be believed, that’s not exactly what the company has in store. The company replied to a person suggesting that the upcoming product might be the Mi Band 4i with a GIF that implied they were very close to the answer, but not quite.

The registration page for the Run With Mi event that the company is promoting along with this upcoming smart band shows what looks like the Mi Band 3, however. According to reports doing the rounds on the internet, the company may be launching a watered down version of its fitness band that only counts steps, in order to reach a wider audience in the country.

So what do you think Xiaomi has in store for us? Let us know in the comments.