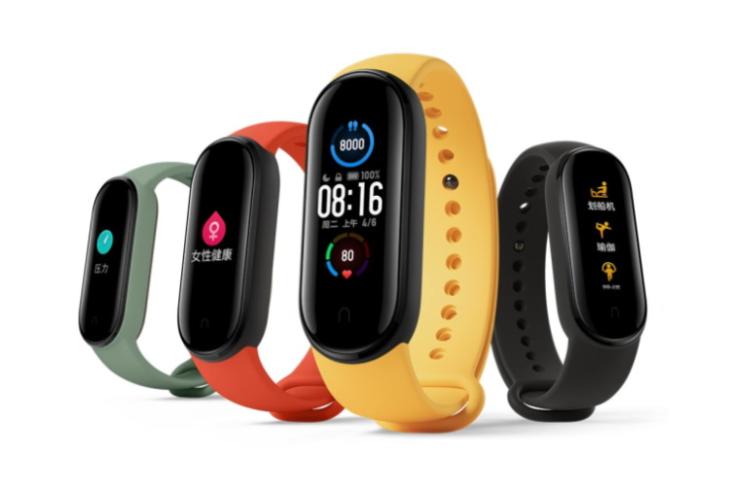 After teasing its next-gen fitness band on social media over the past week, Xiaomi has officially launched the Mi Band 5 in China today. It resembles the Mi Band 4 in terms of design but Xiaomi has put in a ton of work to offer users a wider feature set with its affordable fitness tracker. It now includes a bigger display, enhanced health tracking, and a new charging mechanism.

Ahead of the launch, Xiaomi revealed that Mi Band 5 arrive with a 20 percent larger color touch display over its predecessor. This means you have a 1.1-inch AMOLED screen aboard the Mi Band 5 – bigger than the 0.95-inch display found on the Mi Band 4. 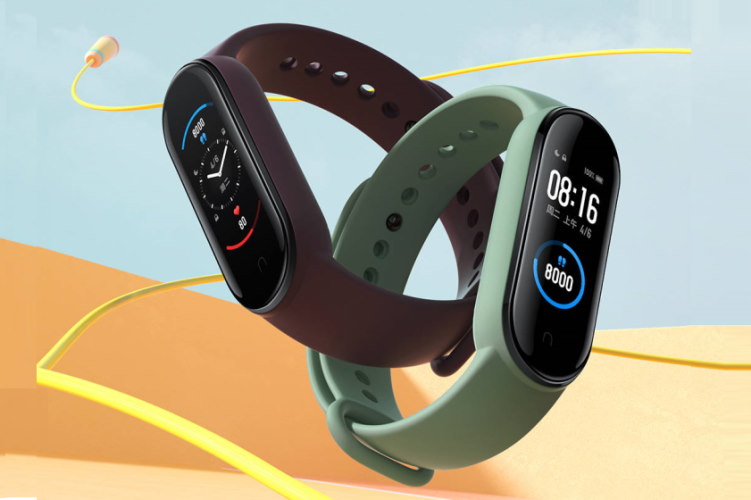 Also, the circular capacitive button has been replaced with an inverted ‘U’ button. It’s the same as Mi Band 4 NFC Edition, which did not launch in India. There don’t seem to be any other design changes over Mi Band 4, which introduced a flat design last year. Mi Band 5 is also water-resistant up to 50 meters/ 5ATM.

We already get access to a ton of watch faces for the Mi Band 4 but Xiaomi is adding a bunch of new watch faces into the mix. This includes some exclusive ones for Detective Conan, Evangelion, and others. There’s over 100 watch faces accessible from the Mi Fit app.

As has been rumored for quite some time, Mi Band 5 brings PAI (Personal Activity Intelligence) function in tow for enhanced health tracking. The fitness band comes equipped with a PPG heart rate sensor and now supports stress monitoring as well.

Mi Band 5 also brings along new women health features, enabling them to keep track of their menstrual cycles via the fitness band. Also, Xiaomi has bumped up the total number of activities that you can track with the Mi Band 5. You only had access to 6 sport modes in Mi Band 4 but it’s now possible to track 11 different types of activities. 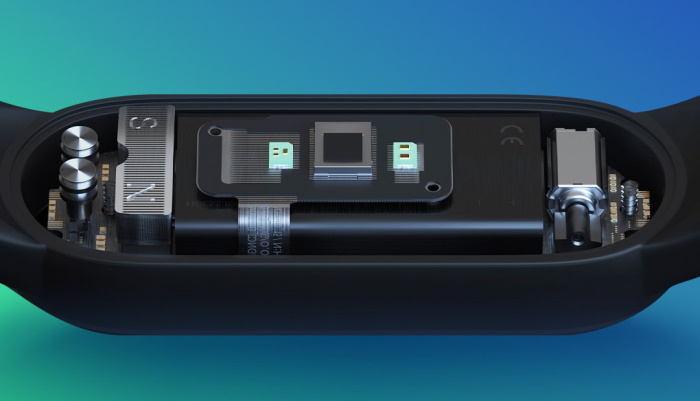 One of the well-known grievances with the Mi Band has been the lack of 24 x 7 sleep monitoring. The fitness tracker only recorded your night sleeps and did not take into account any afternoon naps. This changes with Mi Band 5, which brings in tow 24-hour sleep monitoring.

The sleep monitoring feature has also been updated to give users more insight into their sleeping patterns. You will now see information on your REM sleep cycle and sporadic naps in the Mi Fit app.

One of the most important upgrades introduced with Mi Band 5 is magnetic charging. Xiaomi finally listened to user feedback around the hassles of removing the pill from the band to charge it. You no longer need to do that, as shown in the GIF above. The new magnetic charger will automatically snap in place to juice up the Mi Band 5. It has a battery life of 14 days but can go up to 20 days, claims Xiaomi.

Finally, Mi Band 5 comes in two variants – one with and another without NFC support. Chinese users will pick up the NFC variant for the convenience to ‘tap and pay’ at a bus terminal, coffee shop, and more. Xiaomi will most likely bring the non-NFC variant to most of its global markets, including India.

Xiaomi hasn’t shared any info on the India launch of Mi Band 5 but we can expect it to find its way to the country over the next couple of months. What’s your favorite feature of the Mi Band 5? Let us know your thoughts in the comments down below.