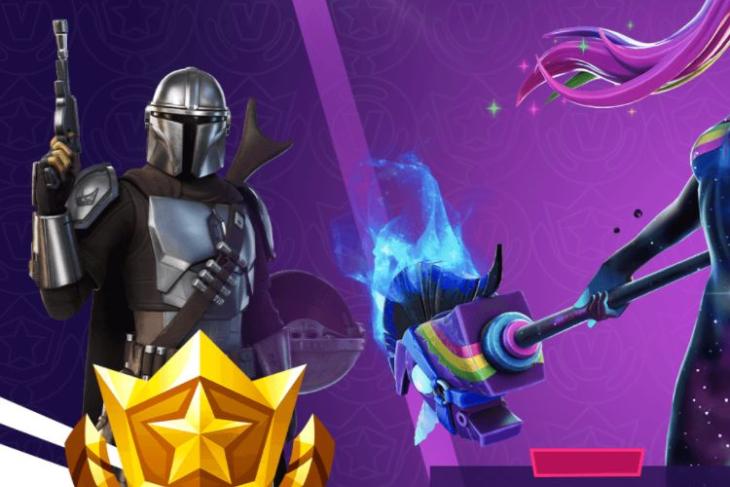 While you’re sitting and waiting for the next episode of The Mandalorian, here’s some related news to get you excited. According to new leaks, it seems Fortnite is going to get a Mandalorian skin soon.

This is according to a leaker who shared an image on Twitter claiming it to be a promotional image for the next battle pass in Fortnite. As you can see from the embedded tweet below, the image shows The Mandalorian in the center along with Baby Yoda’s pod hovering to the side. Who knows, maybe we’ll get a Baby Yoda skin as well. Anyway, if the image is real, it does look like Fortnite is planning on bringing Din Djarin to the island.

busting out the old mute word:

mandalorian, more than likely a deadpool situation which i can handle. pic.twitter.com/YUsEqF4DXs

Some users are speculating that the game might actually do an entire Star Wars themed season next time around. That’s not too far fetched for a couple of reasons. One, Fortnite is in the middle of a Marvel-themed season right now, so clearly that’s something Epic Games is comfortable doing. Two, the game has been a part of Star Wars history in a much bigger way. In case you don’t remember, Fortnite was exclusively the place where people could hear the Palpatine broadcast which was a major part of the plot for Star Wars: Rise of Skywalker.

So what do you think? Would you like to have The Mandalorian skin in Fortnite, and maybe even a fully Star Wars themed season? Let us know in the comments.