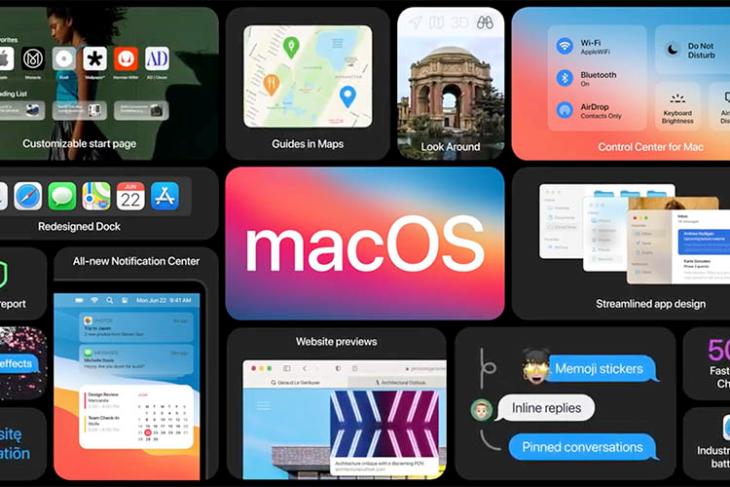 Apple will release the stable version of macOS Big Sur tomorrow, November 12th. The company made the announcement Tuesday night at its ‘One More Thing’ virtual event where it launched its latest line of MacBooks and an upgraded Mac Mini powered by its in-house M1 processor. The update will be rolled out to iMacs and MacBooks dating back to 2013, bringing a refreshed user interface, new features and performance improvements. The beta version of the software was rolled out back in August.

From what we already know, Apple is porting over many iOS features to Big Sur as part of its plans to bring feature parity between its desktop and mobile operating systems. Some of the new features will include improved Message threading and in-line replies. The update will also bring a redesigned Apple Maps, as well as a new Control Center with quick access to brightness, volume, Wi-Fi and Bluetooth.

Alongside the client-facing features that will be discernible for the end-user, the upcoming version of macOS is also set to bring a whole host of under-the-hood changes to make the OS safer than ever before. As part of the plan, Big Sur is expected to bring new privacy and security features, including an in-built intelligence tracking prevention to stop web-trackers from following your browsing activities.

There will also be a password monitoring feature to prevent folks from using previously breached passwords. Another notable feature is the Rosetta 2 dynamic binary translator, which will allow users to run x86 apps on M1-powered devices. Of course, Mail, Safari, Messages, and most other Apple apps are all expected to get updates with the upcoming OS. You can check out all the new Big Sur features on the official Apple website.