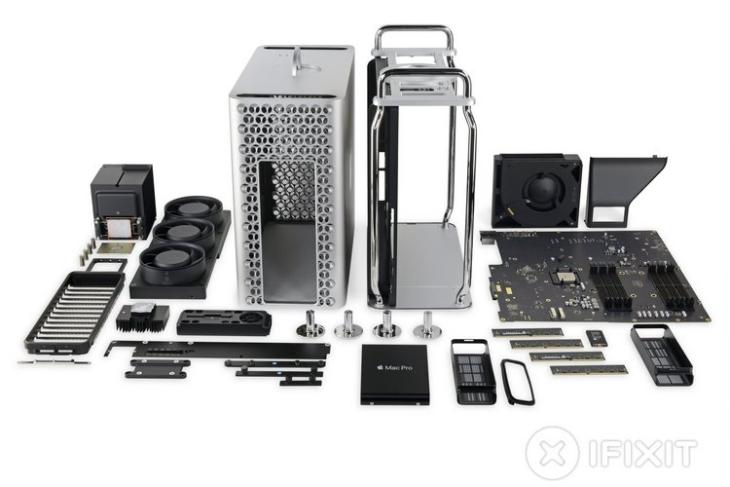 Apple has often been criticized for going out of its way to make it difficult for users to carry out their own repairs on iPhones, MacBooks, and AirPods, but the company is apparently taking a different approach with its desktop lineup in an effort to compete with Windows PCs. Originally unveiled at the WWDC 2019 conference earlier this year, the latest Mac Pro model can apparently be repaired without too much hassle, with renowned DIY website, iFixit, awarding it a score of 9 out of 10 for repairability.

Given Apple’s reputation, the blog says it was pleasantly surprised by its findings, calling the modular nature of the device a ‘Fixmas Miracle’. According to the teardown, the side panel of the Mac Pro case is not only easy to open, but its components are also easy to take apart and reassemble without the needs for specialized tools.

In fact, as pointed out by 9to5Mac, some of the components, including the RAM, can even be upgraded with standard off-the-shelf components for repairs or replacements. The Mac Pro also earns praise for its new design that ditches the controversial ‘trash can’ pattern for something more aesthetically inoffensive.

However, the one area of concern is the proprietary technology that bounds the SSD to Apple’s T2 security chip, which means users will not be able to replace or upgrade the storage with regular components unlike in a Windows/ Linux PC. However, given that most of the other major components are modular and use industry-standard sockets and interfaces, the new Mac Pro should offer easy replacements and upgrades.

Everything We Expect To See At Apple’s iPad Pro, Mac Event on October 30