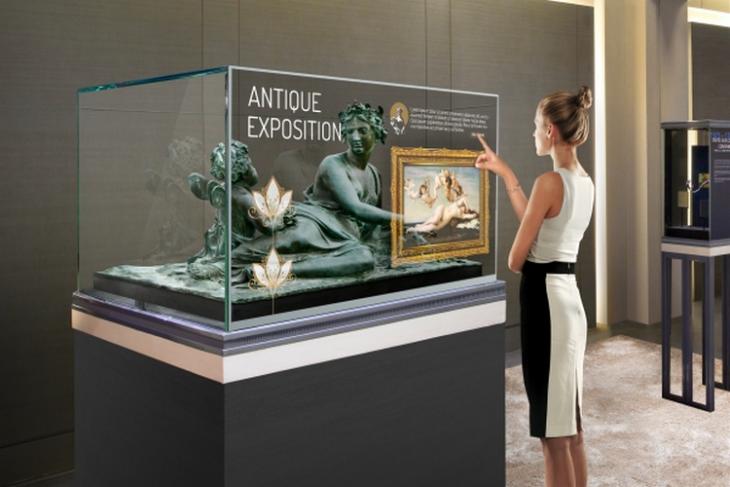 LG Electronics has showcased its new transparent OLED displays at InfoComm 2020 Connected trade show. According to the company, the transparent panels had a transmittance of 38%. They’re optimized for use in airports, stores and museums, the company said. Multiple screens can also be attached side-by-side to create a larger display, it added.

The company also showed off its LG LED Cinema Display alongside the transparent panels. These displays use high-brightness LED modules and, are meant to be used as movie screens at theaters. The company claimed that the panels offer a uniform movie screen which is less vulnerable to distortion compared to digital projectors. LG also said it recently supplied the screen to Taiwan’s Showtime Cinema.

It is worth noting that LG already sells transparent OLED displays to enterprise customers. In fact, the company this week unveiled a new 55-inch model in the US. According to the company, it uses “projected capacitive (P-Cap) film technology for a highly responsive, accurate touch experience while still allowing significantly greater transparency than conventional transparent LCD displays”. There’s no immediate word, however, on when these devices might be available for retail customers.

Meanwhile, InfoComm 2020 Connected was originally slated to take place June 13‑19 in Las Vegas, NV. However, like many other trade shows, expos and business conferences, it was cancelled because of the coronavirus pandemic. The show’s organizers, AVIXA, later announced that the event was being transferred online. It was eventually held from June 12-18. The exhibits remain on show at the Orange County Convention Center in Orlando, Florida.