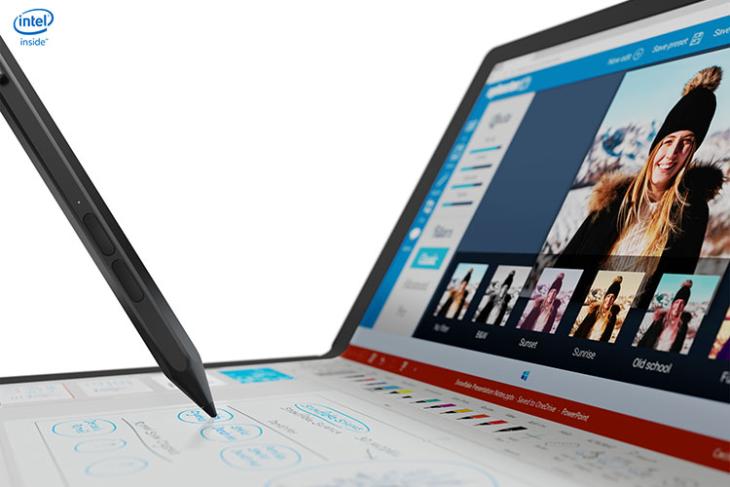 Back in May last year, Lenovo showed off a concept foldable laptop, with promises to reveal more details in 2020. Now, at CES 2020, the company has finally unveiled the laptop and it’s not just a concept anymore.

The Lenovo ThinkPad X1 Fold comes with a 13.3-inch OLED display when completely unfolded with a resolution of 2048×1536 pixels. The laptop can be used in a variety of configurations, including a regular laptop mode where you can prop-up the X1 Fold and type like you would on a regular laptop.

Lenovo is also doing some neat software tricks on the ThinkPad X1 Fold to make the foldable form factor more useful. Since Windows 10 X is currently not out, Lenovo is using Windows 10 Pro in the laptop, but the company does plan on releasing a version with Windows 10 X when it’s available later this year.

You can put two different windows on each half of the screen, allowing for multiple use cases such as the option to compare two documents, one on each screen, or take a video call on one screen while making changes to a presentation (or taking notes) on the other. Otherwise, you could just type on the lower screen. 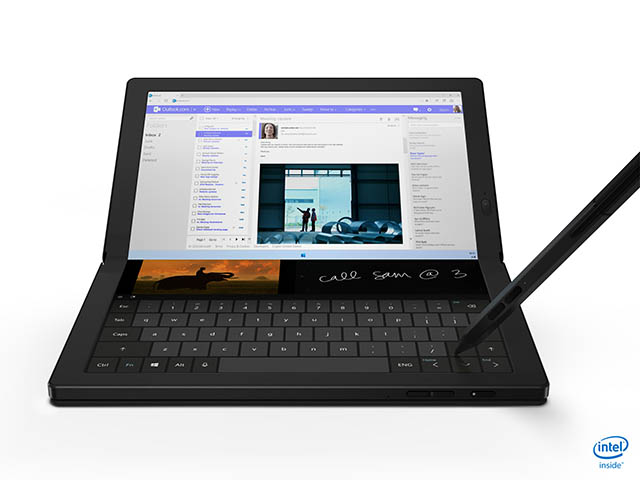 The ThinkPad X1 Fold also comes with a dedicated wireless hardware keyboard allowing for a more traditional laptop experience, and the keyboard can be kept safely inside the fold of the laptop, where it’s held securely in place with magnets, and is also charged wirelessly. 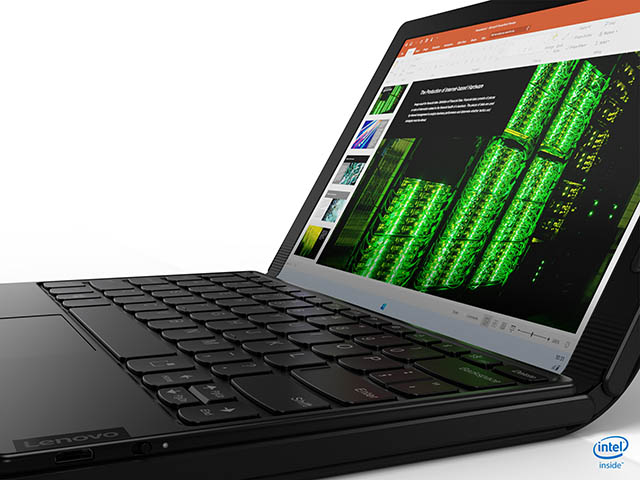 Also announced is a stand that props up the X1 Fold on a desk, allowing users to use the entire 13.3-inch display as a regular display and use the wireless keyboard along with it.

The laptop comes with Intel processors, 8GB RAM, up to 1TB of NVMe SSD storage, support for 5G and LTE, Bluetooth 5.0, and a claimed battery life of 11 hours with the 50Whr battery inside the device. Lenovo says that the laptop will be made available sometime in mid-2020 for a starting price of $2,499.