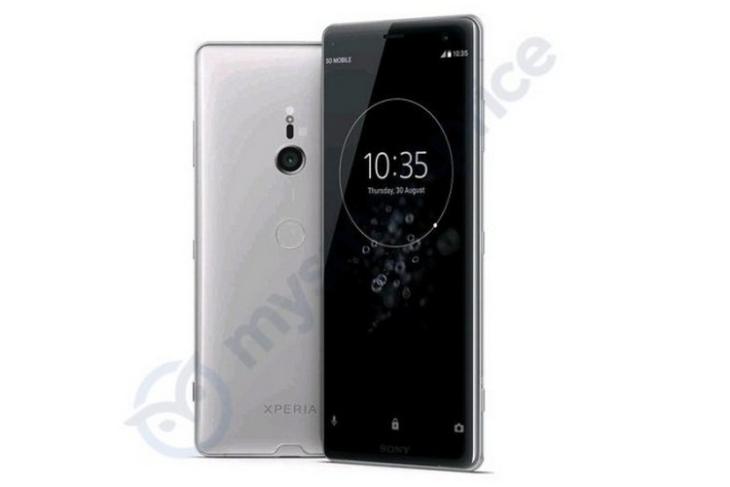 Sony’s smartphone business hasn’t been doing too well, but the company isn’t looking to throw in the towel any time soon. Earlier this year, it launched the Xperia XZ2 Premium, which comes with a 4K HDR display and the company’s first dual-camera setup with MotionEye technology. Now, it seems like the company might be gearing up for the launch of its next-gen flagship, the Xperia XZ3, pretty soon.

Now, a new leaked image, said to be of the upcoming device, shows that Sony is unlikely to venture too far from the current-generation model in terms of the design language. Sourced by MySmartPrice, the image shows off an elongated panel with a notch-less design, which immediately sets it apart from most of its contemporaries.

The image also shows off a single rear-camera that was once rumored to incorporate a massive 48MP sensor, although, more recent rumors have since suggested that it might still be a 19MP unit like the Xperia XZ2. There’s an NFC logo on the back of the device, suggesting that it will be compatible with mobile payment systems, such as Android Pay.

According to unverified rumors, the Xperia XZ3 will be a pretty powerful device that will have the Snapdragon 845 SoC under the hood, alongside up to 6GB of RAM and a 3,240mAh battery. It is expected to sport an 18:9 aspect ratio like the XZ2 with sizeable bezels on both the top and the bottom.

Sony has already announced that it will be holding its IFA press conference on August 30 at 1 PM CET (4:30 PM IST), and the company is expected to officially unveil its next-gen flagship, the Xperia XZ3 at the event.