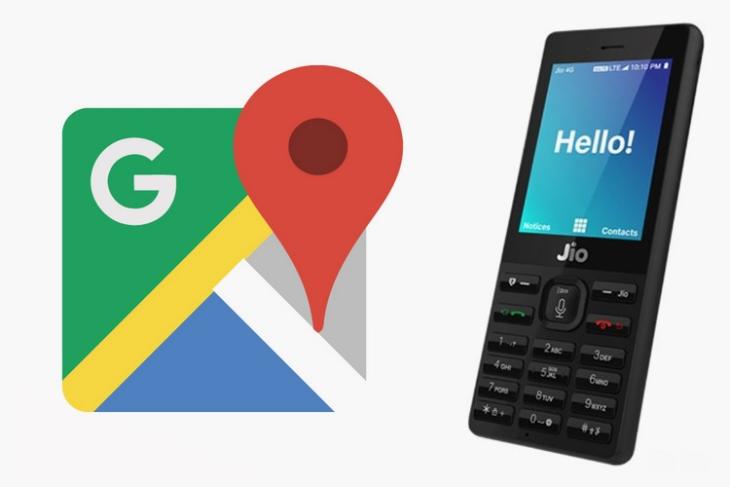 Earlier this year, KaiOS, the platform powering the new breed of smart feature phones such as the Nokia 8110 and the Reliance JioPhone, announced that it has partnered with Google to bring features such as Google Assistant, Google Maps, YouTube and Google Search to smart feature phones. Following investments by Reliance and Google, the KaiOS-powered JioPhone has finally received support for Google Maps.

Announced back in July last year, the JioPhone was expected to get support for Google products, including Google Maps, in the future. Well, thanks to a new update, the first generation of JioPhone can finally run Google Maps.

#GoogleMaps on #JioPhone can be downloaded from #JioStore.
Latest software update required for #GoogleMaps app to work properly.

Google Maps can now be downloaded from the JioStore which comes preloaded on the JioPhone, however, one must first update the JioPhone’s KaiOS-powered software to the latest version. Thanks to the update, JioPhone users can now utilize Google’s mapping service for a host of tasks, however, some of the advanced features such as 360-degree panoramic street view and real-time traffic conditions may not be available on the KaiOS-optimized version of Google Maps.

The JioPhone already has support for Google Assistant and has already contributed significantly to a six-fold growth in the usage of Google’s digital assistant in India, and is next in line to receive WhatsApp support. The arrival of Google Maps on JioPhone will certainly boost the user base of Google’s mapping service in India, and also paves the way for the eventual arrival of more such apps and services on smart feature phone.