Skip to content
Home News Android 11 Beta 1 Brings App Suggestions to the Home Screen; Here’s How to Use It 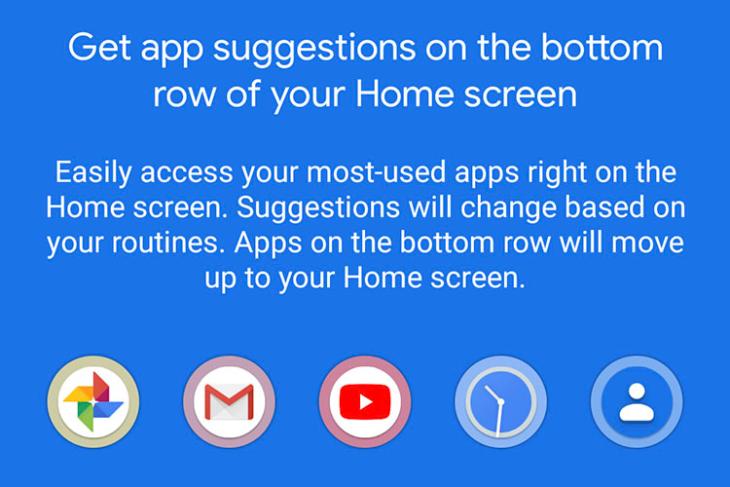 Today, Google is releasing the Android 11 beta 1 to anyone who cares to try it on their devices. Obviously, that means we are trying it on our devices as well. While we have covered a bunch of exciting Android 11 features already, the first beta adds some more things to the mix. For example, app suggestions on the home screen. Here’s how it works, and how you can enable it.

App suggestions have been around in the app drawer for long now. However, putting them straight on the home screen is a delightful surprise I didn’t know I would like. With app suggestions turned on in Android 11 beta 1, your home screen has a persistent row of apps. The selection of apps here keeps changing based on your usage of your phone. It works remarkably well, too. For example, the apps it’s showing on my Pixel 4 right now are almost on point. I do use Photos and Gmail very frequently. Although I’m not sure why Contacts is there.

It’s understandable that the feature uses Machine Learning, so as all ML features go, this should get even better with time. However, it’s fairly accurate right now as well.

The row of apps allows for a couple more things by the way. For one, if you see an app here that you use so often it’s almost silly to depend on suggestions for it, you can drag and drop it to your home screen. This creates a permanent app shortcut. You can also drag an app shortcut onto this row. That way, the rest of the row will update based on your usage patterns, but that particular app will always remain there. Handy, right?

How to Use App Suggestions in Android 11

Turning the feature on is pretty easy. You should get a notification informing you of the feature on your Pixel device as soon as you update it to Android 11 Beta 1. However, on the off chance that you didn’t get the notification, or swiped it away, here’s what you need to do. 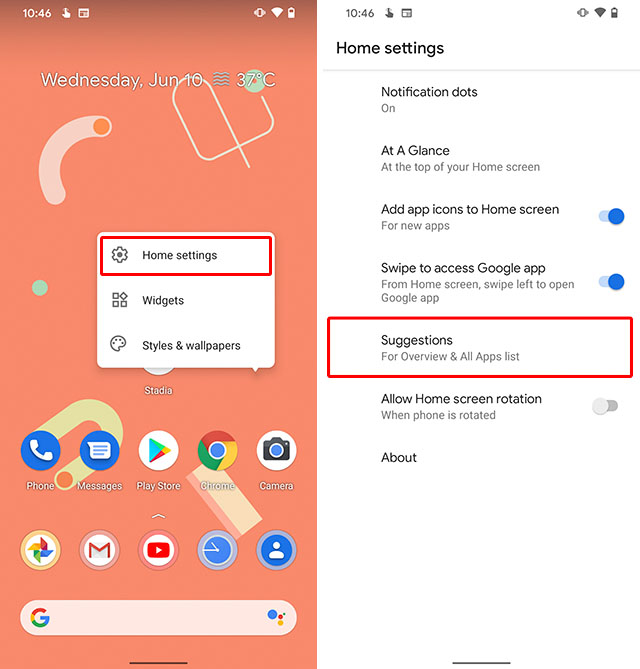 We’re still looking at everything we can find in the latest Android 11 beta, so check back often for more updates.