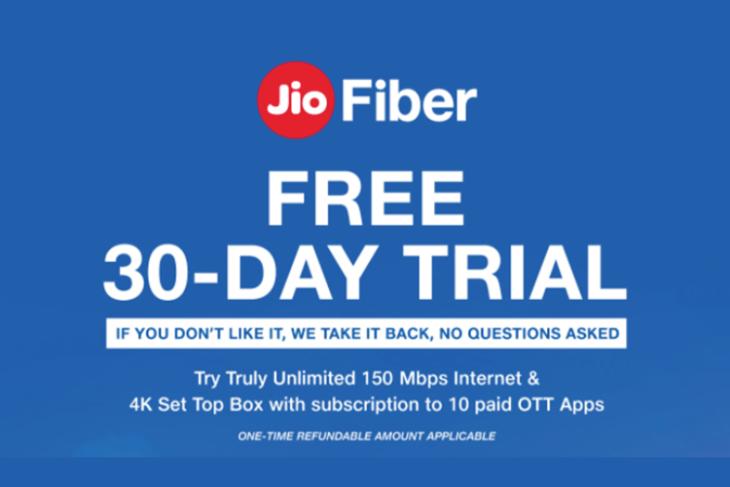 Reliance Jio has announced a bunch of new fiber broadband plans starting at Rs. 399 (plus taxes) per month. All the plans reportedly have ‘symmetric upload and download speeds’, and offer unlimited voice-calling. Some of the higher-priced plans also offer free subscriptions to a number of OTT streaming apps.

It is worth noting that Jio is advertising its new plans as ‘truly unlimited’, although, there is an FUP (Fair Usage Policy) for at least some of the plans. While the 500Mbps plan has an FUP of 4,000GB, the Gigabit plans come with 7,500GB and 15,000GB FUPs, respectively.

Do note you’ll have to pay a refundable security deposit of Rs. 2,500 if you choose this option. You can also opt out of the 4K STB and pay only Rs. 1,500 for a standard connection with a basic Wi-Fi modem, but you’ll miss out on the complimentary OTT apps in that case.