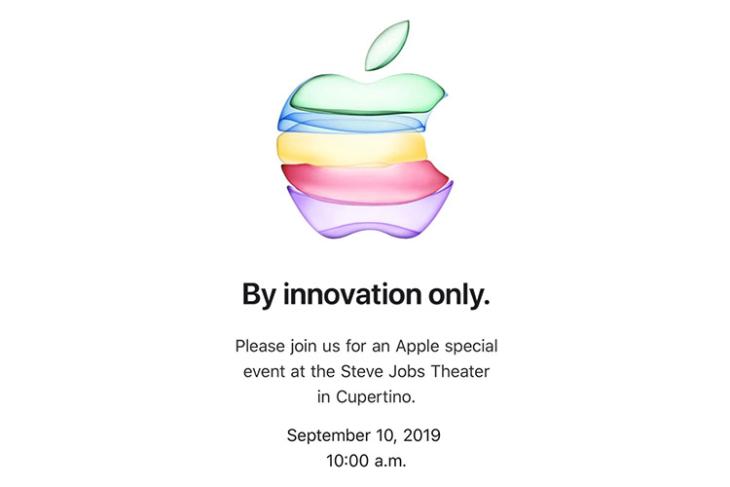 Apple has just now sent out media invites for its annual iPhone event, and yes, the rumors and reports were true — the 2019 iPhone or the iPhone 11 as it will probably be called, will be launched on September 10.

The invite sent out by Apple doesn’t really give anything away, however the colors in the Apple logo might just be a hint at the colours we can expect the new iPhones to come in. While Apple might stick with its regular Black, Silver, and Gold colours for the iPhone 11 and iPhone 11 Max (or iPhone 11 Pro, or whatever else you might be calling it), it’s likely that these colours will be available on the iPhone 11R, which is expected to be the more “affordable” iPhone, similar to last year’s iPhone XR.

Either way, the event is finally confirmed to be taking place on September 10, at the Steve Jobs Theater in Apple Park in Cupertino, California at 10AM Pacific Time, which is 10:30PM IST for all of us here in India, so mark your calendars, and stay tuned for more coverage of the upcoming 2019 iPhones.