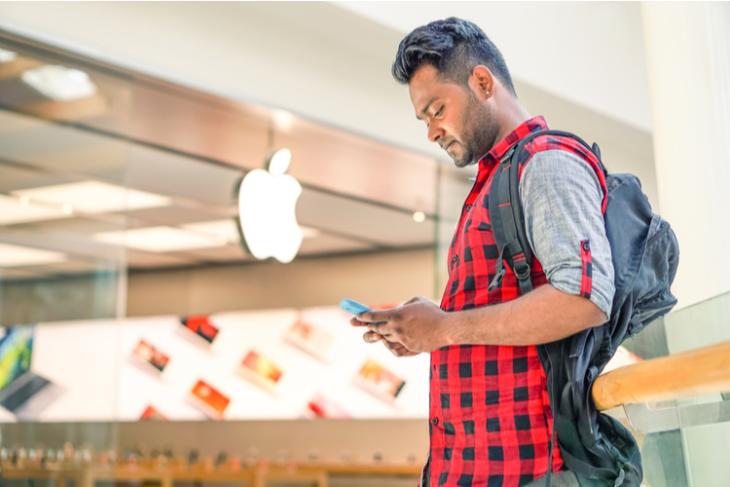 Since India became this rapidly growing market for smartphones, major smartphone companies have utilised this opportunity to gain market share in the country.

Apple, however, could not penetrate the Indian smartphone market for a long time. It was mainly because of the insane price tag of their latest iPhones. Most Indians spend less than $200 (Rs 14,280) for their smartphone and Apple launch their latest devices with a base price of $999 (Rs 71,315). Due to this reason, Apple had a market share of 1.2% back in 2018, according to the Economic Times.

However, this scenario is rapidly changing as Apple is pushing its devices in the Indian market with the right mix of price and marketing. According to a report by IDC, Apple went on to earn a whopping 75.6% of market share in Q4 2019, in the premium price segment.

By capturing most of the consumers in the premium smartphone segment, Apple went on to dethrone the number one player in this price range, Samsung.

The IDC states that the major reason for Apple’s growth in the Indian market is the price drop of previous iPhone models, attractive offers on debit/credit cards and the aggressive push of its latest “budget” smartphone.

This strategy of the Cupertino-based tech giant proved to be a major hit in the premium smartphone segment in India. According to the research director of client devices and IPDS, IDC, Navkendar Singh, Apple has always been successful in the Q1 and Q4 of the financial years, as iPhones become the trending topic in the market. While the Q2 and Q3 of the year belong to Samsung as the new Galaxy devices hit the market.

Now, as we move towards the second quarter of the year and Samsung unveiling their latest Galaxy S20 series and the “budget” foldable Galaxy Z Flip, we shall see if it can dethrone Apple to regain its top-spot.