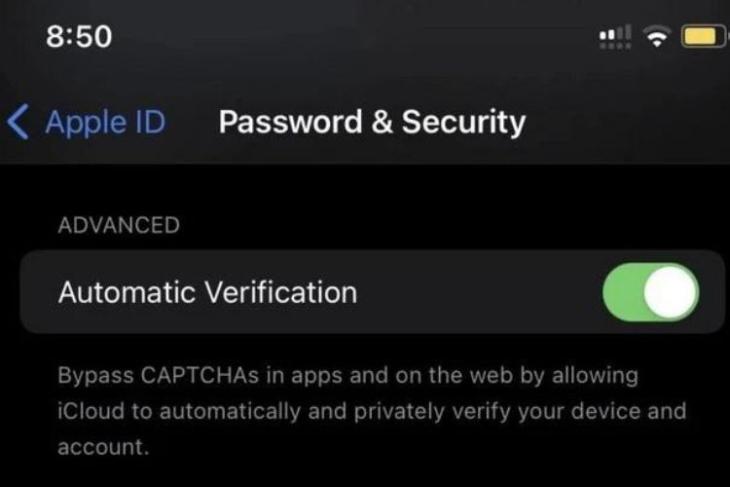 Apple added a ton of new features and changes with the introduction of its latest iOS 16 and iPadOS 16. Although we have already seen most of the features in action, there are some that Apple showcased to developers during its WWDC 2022 sessions. One of these features will let users automatically bypass CAPTCHA verifications on websites and apps. Here are the details!

iOS 16 Will Let You Bypass CAPTCHAs on Websites

Apple showcased the new iOS 16 feature dubbed Private Access Tokens (PATs) to developers and was initially spotted on Reddit. It was also detailed by the Cupertino giant during a WWDC 2022 session titled “Replace CAPTCHAs with Private Access Token.” These tokens will use a combination of details about your Apple device and your Apple ID to prove that you are indeed human and not a bot, effectively bypassing CAPTCHAs that are currently used to do the same on the web.

“Private Access Tokens are a powerful alternative that help you identify HTTP requests from legitimate devices and people without compromising their identity or personal information. We’ll show you how your app and server can take advantage of this tool to add confidence to your online transactions and preserve privacy,” Apple explained to developers.

With this new feature, servers can request tokens using a new HTTP authentication process called “PrivateToken.” These tokens are then verified using a cryptographic process and enable the server to understand that the “client was able to pass an attestation check.” Apple also clarified that servers that receive tokens are only able to check whether or not they are valid. This means that a server cannot discover or recognize the identity of a client, protecting their privacy in turn.

Furthermore, CDNs like Cloudfare and Fastly have already integrated the new technology to bypass CAPTCHAs on their websites. It is also revealed that the feature can be found in the latest iOS and iPadOS 16 developer betas and is turned on by default. It is placed under the “Privacy and Security” section in the Settings.

So, if you are running the latest developer beta of iOS 16 on your iPhone, you will be able to bypass CAPTCHAs on websites that are supported by the above two companies. Going forward, Apple aims to make Private Access Tokens (PATs) a standard for the web. Although there is no mention of the feature working for Android or Windows. So, what do you think about the new iOS 16 feature to bypass CAPTCHA screens on websites? Let us know your thoughts in the comments below, and stay tuned for more updates.