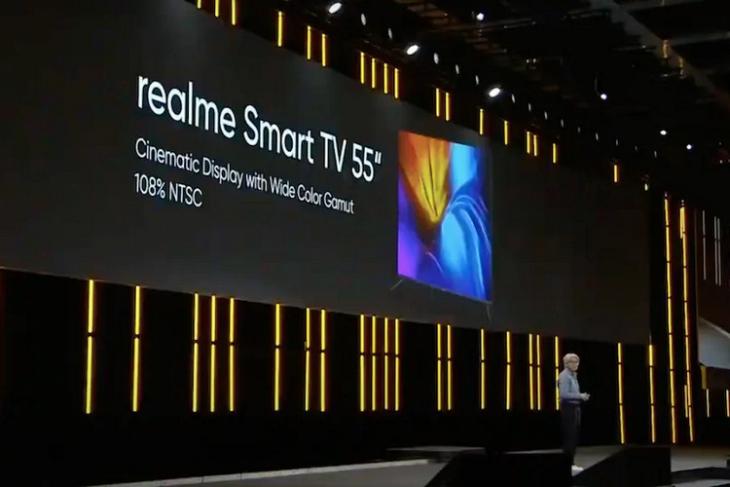 Realme has announced a bunch of new products on the second day of the virtual IFA 2020 tech show. The list includes the Realme Smart TV 55, the Realme Buds Air Pro and Realme Buds Wireless P. Unfortunately, the company barely announced any details about the devices apart from their names.

While the first device on the list is an Android TV with a 55-inch panel, the Buds Air Pro are likely to be a pair of TWS earbuds with some improvements over the original Realme Buds Air. The Buds Wireless P, meanwhile, should have a neckband-type design as a likely an upgrade over the regular Buds Wireless released last year. Both will offer Active Noise Cancellation (ANC), but there’s no more clarity about their features at this point.

As far as the Realme Smart TV 55 is concerned, it comes with a wide color gamut rated at 108 percent NTSC. There’s no official confirmation about the pixel resolution, but it’s highly unlikely to be anything under 4K UHD. The device also runs Android TV 9 out-of-the-box, but there’s no more info about it at this point.

There’s no word on when these products will get a proper global launch. However, when they do, they will very likely come to India, given that the country is one of the major markets for the brand even amidst the turmoil surrounding Chinese products and services. Either way,we don’t have any more details about any of these upcoming gadgets, but let’s hope that Realme will reveal more details about them sooner rather than later.