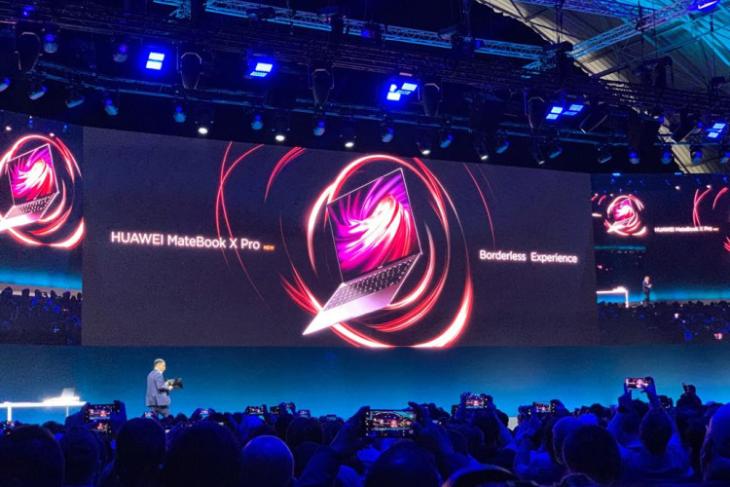 While this year’s Mobile World Congress will definitely feature some flagship smartphones, Huawei has also upgraded its top-end Windows laptop for 2019.

The company opened up MWC 2019 with an all-new MateBook X Pro, with the latest Intel internals as well as the debut of the Nvidia MX250 GPU. The new MateBook X Pro is priced at 1599 euros for the base variant with Core i5 and 512GB storage.

The MateBook X Pro (2019) is strikingly similar to the MateBook X Pro launched last year, and looks familiar if you have already seen past MateBooks. It features the same chiclet keyboard paired with a large trackpad, and a 13.9-inch 3K LTPS screen into the body of a traditional 12-inch laptop. The MateBook X Pro’s touch display comes with a massive 91% screen to body ratio, along with a 178-degree viewing angle range.

Under the hood, the laptop comes with the choice of the latest Whiskey Lake Intel processors, up to Core i7 8565U, with 1TB storage and up to 16GB RAM. The laptop also comes equipped with the Nvidia MX250 GPU, the first time we are seeing the new notebook-oriented GPU from Nvidia.

As for the I/O, the MateBook X Pro has two Thunderbolt 3 ports, a single USB-A port, and a 3.5mm jack. The power button on the MateBook Pro X doubles up as a fingerprint sensor as well. It also comes with full support for Dolby’s Atmos sound support in the four speakers – two treble speakers at the back and two bass speakers at the front.

Once again, the webcam is hidden under a key in the Function row to take care of any privacy concerns and also give the display a cleaner look. 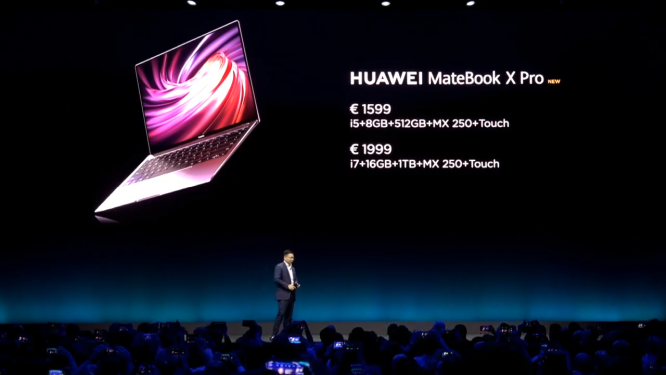 One of the new additions here is Huawei Share 3.0, which is great if you already have a Huawei smartphone. You can connect with the MateBook X Pro using one-touch NFC and then instantly transfer videos and photos over Wi-Fi. You can even copy text from one device and paste it on another.

Stay tuned for more from Huawei and MWC 2019, as we bring you hands-on images and more from all the announcements.