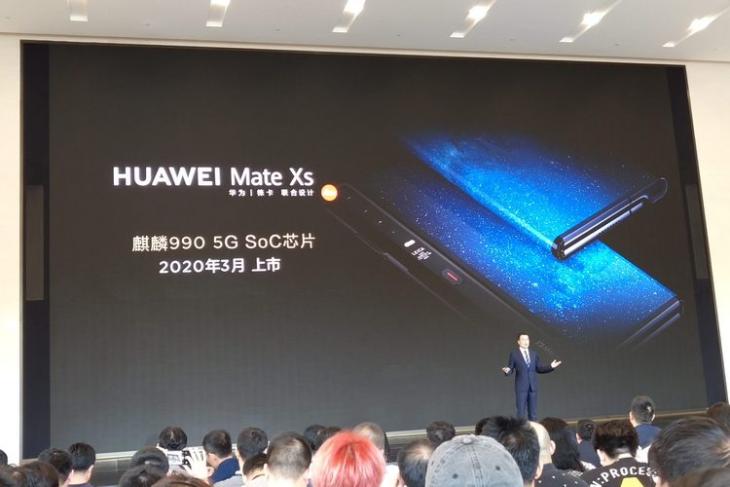 Huawei last month announced plans to unveil the successor to its foldable Mate X at the Mobile World Congress (MWC) 2020. To be called the Mate XS, the device will reportedly be cheaper than its predecessor, the first-generation Mate X that finally went on sale in November for a whopping 16,999 yuan (around Rs. 1.6 lakh / $2,400)  following multiple delays since its original unveiling back at MWC 2019.

According to supply chain sources quoted by Chinese tech blog, MyDrivers, the reduced pricing will most likely be the result of new technology that has brought down the cost of assembling folding displays. Huawei has also reportedly increased its production output in anticipation of increased demand and, is apparently planning to pass on the cost benefits to the end consumer.

While not a whole lot is known about the Mate XS yet, a slew of reports over the past few weeks have suggested that Huawei’s next-gen foldable will come with a number of improvements over its predecessor. While most of the key details of the upcoming device remain under wraps for now, the company has already confirmed a few of its tech specs, including the fact that it will be powered by the Kirin 990 processor, which will be an upgrade over the Kirin 980 that powers the 1st-gen model.

Huawei Consumer Group CEO, Richard Yu, has also claimed that the Mate Xs will have an improved hinge mechanism along with a more resistant screen than the original Mate X. The upcoming device will also reportedly have a smaller footprint than its predecessor, even though they will both have the same display size. Interestingly, there’s also talk about a mystery third folding smartphone from Huawei, so it will be interesting to see how that turns out going forward.