Let’s face it, conserving storage space on an iPhone is a pain, especially if you’re owning a device with a storage space of 32 GB or lower. Lack of expandability using SD cards has been a major problem ever since the original iPhone and nothing has changed much over the last 10 years. With iOS 11, Apple attempts to solve the problem for people by allowing them to “Offload” Apps. Now, before you get confused, let me explain how this works.

What does Offloading Apps in iOS 11 Do?

Once you offload an app in iOS 11, that particular app will be removed from your iOS device. However, the files and data related to that particular app will still be intact, so that once you reinstall the app, you wouldn’t have to start all over again. Well, if you’re interested in getting this done, let’s take a look at how to offload your apps on iOS 11 and save storage space:

You can either choose to offload specific apps which you think you need, or let Apple decide by letting your iPhone automatically offload the unused apps. Simply follow the steps below to get this done in a jiffy: 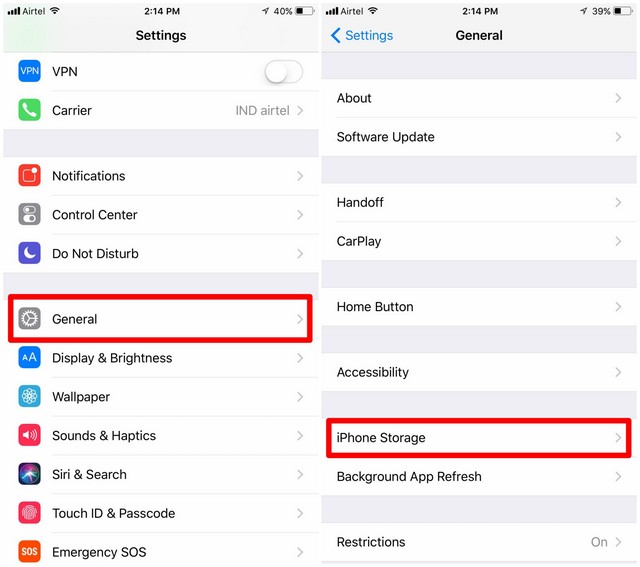 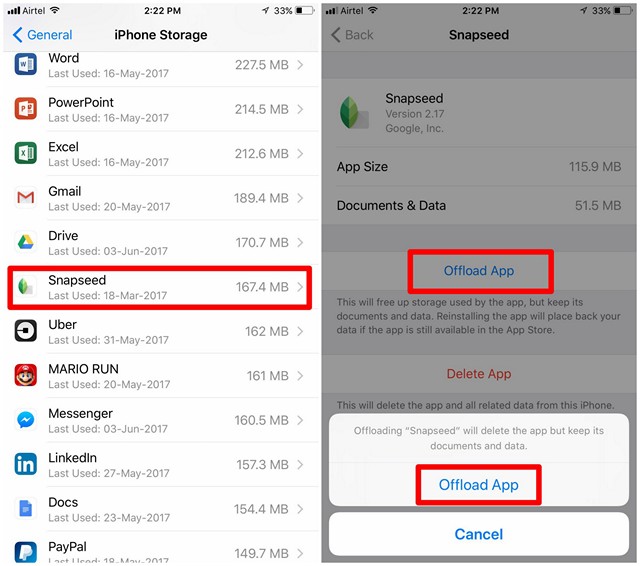 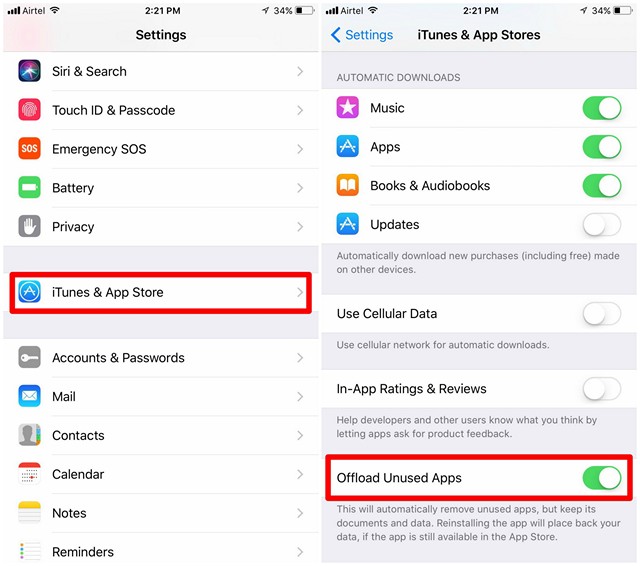 SEE ALSO: How to Enable Hidden Dark Mode In iOS 11

Save Storage Space By Offloading Unused Apps in iOS 11

We understand that most of you don’t prefer uninstalling your unused apps, just because you’re worried of losing all of the app’s data and settings. With iOS 11, you can keep those apps intact, even after offloading the app, so that once you install it again, you’ll get back access to all the previous data and settings that’s stored on the device. We personally think this is a pretty nifty feature that Apple has implemented, so that users having iOS devices with 32 GB storage or lower, can manage their precious space, without any hassle. So, are you guys willing to Offload the unused apps on your iOS device which is running low on storage? Do let us know by shooting your opinions in the comments section down below.