If you own a PS4, you probably would’ve already faced a lot of slow downloads. Ever since the PS4’s launch back in 2013, people have been complaining about the slow download speeds on their consoles, usually over WiFi. Even consumers who have high speed internet connections in their homes are facing throttled speeds on their PS4 systems. This results in game download times being directly affected. So, today we’ll be letting you know a potential fix to this problem to boost your connection speed. Well, without further ado, let’s take a look at how to improve the download speed on your PS4:

Note: I tested this on a PS4 Pro system while downloading Horizon Zero Dawn because the speeds were unbearable. After doing the following procedure, my speed was almost doubled and the ETA was reduced by half. However, this procedure may or may not solve everyone’s issues.

By default, the DNS and MTU settings are set to automatic for your internet connection on the PlayStation 4. We need to change those manually now. In order to do that, simply follow the steps below: 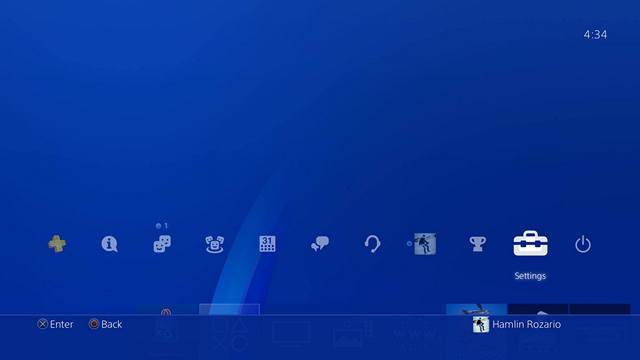 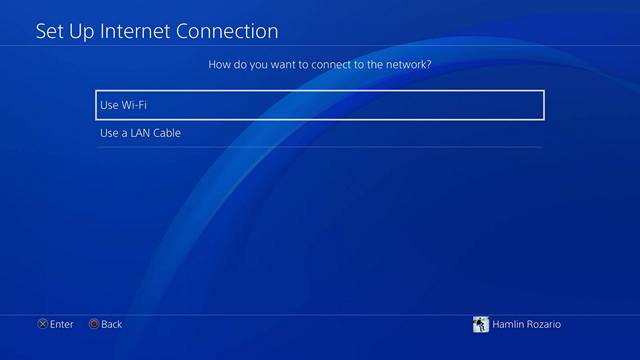 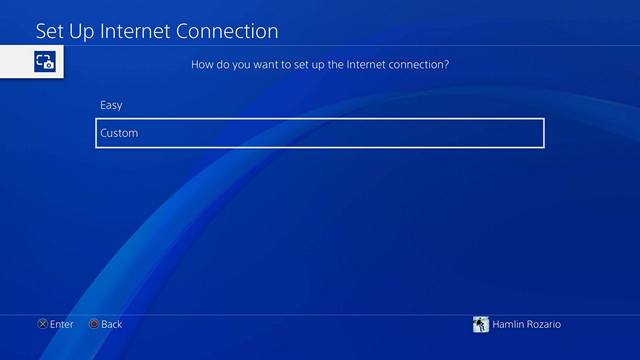 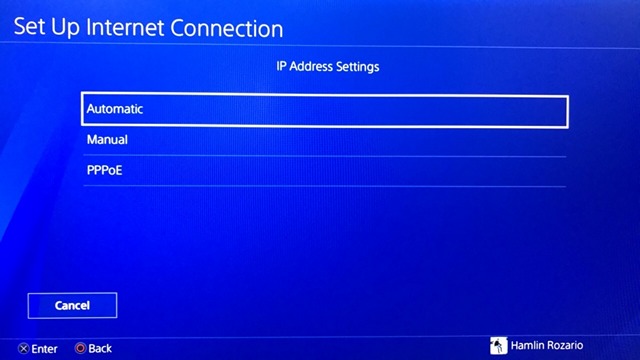 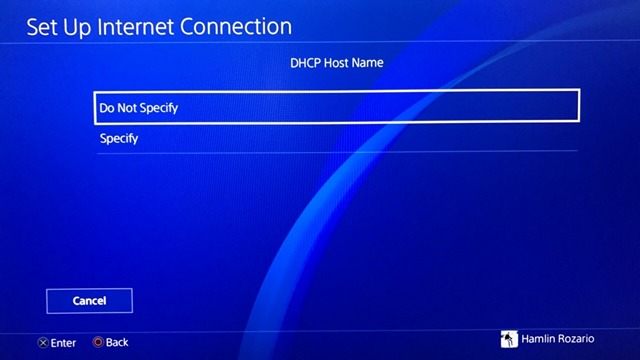 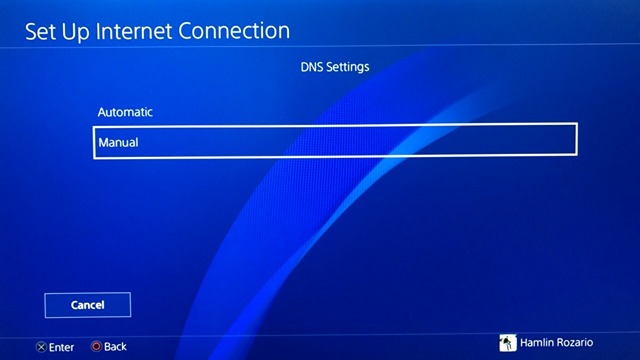 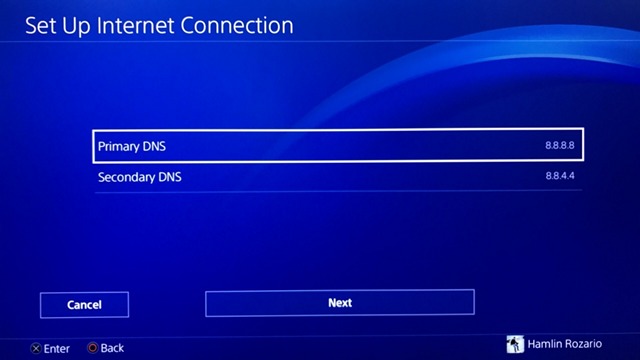 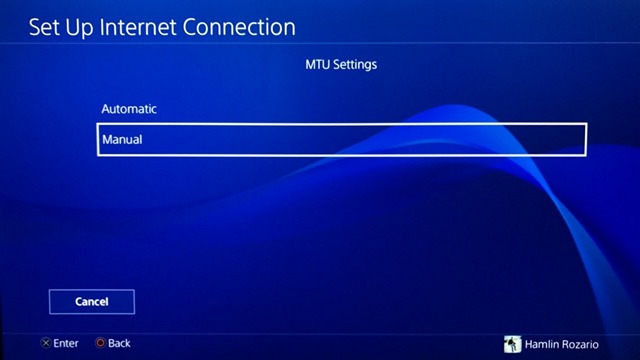 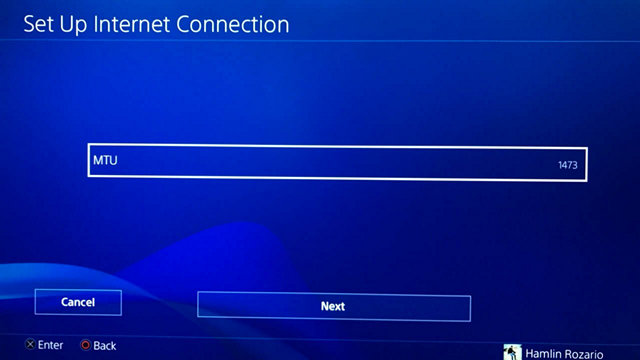 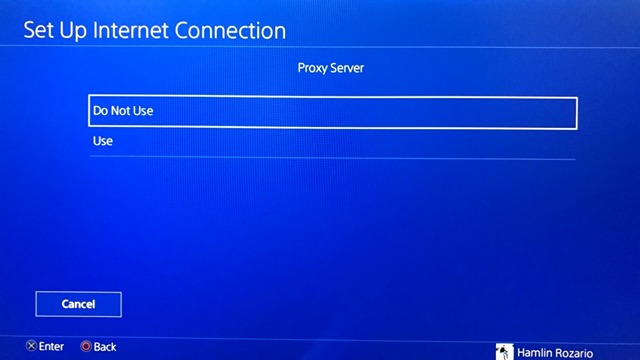 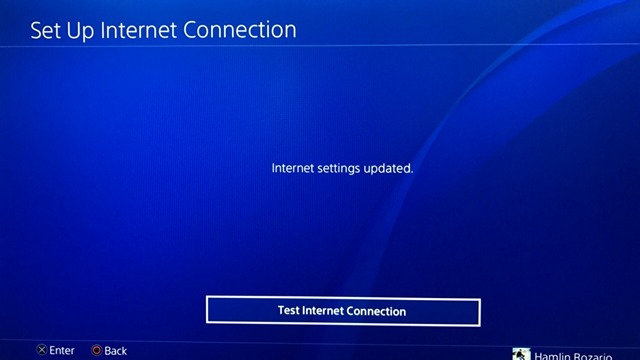 Well, it’s as simple as that, you should notice a considerable improvement in your download speeds after you’ve done this. The reason why you get this improvement is because in certain areas, the ISP’s DNS servers may generally be crowded. Considering Google DNS and OpenDNS servers are two of the fastest DNS servers in the world, it will most certainly be faster than your ISP’s DNS servers. If the procedure didn’t work out for you, it’s something else that’s hindering your speeds.

Speeds: Before vs After

The WiFi network provides an internet speed of around 5-7 Mbps, so the improvement in speeds was quite significant in our case. The download speed almost doubled and the upload speed was almost 10 times better. While trying to download Horizon Zero Dawn game, we observed that the ETA was cut down by half after switching to Google’s DNS and MTU value set to 1473. You can see the results for yourself below: 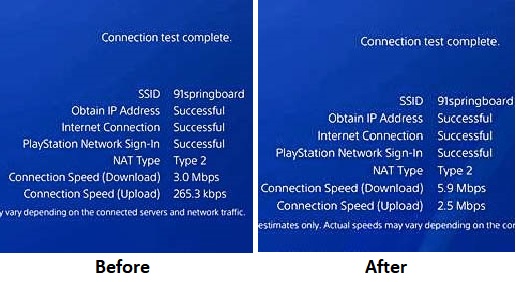 Use Ethernet, Not Wi-Fi

If the above procedure doesn’t work for you, there’s probably something else that’s hindering your speeds. Using a WiFi network can affect your speeds as well, especially considering the fact that the standard PS4 supports only 2.4 GHz WiFi band, which is usually crowded. So, connecting directly using a LAN cable would be a much better option to improve your download speeds on the PS4.

SEE ALSO: 12 Best PS4 Apps You Should Install On Your Console

Use This Simple Tweak to Increase Download Speed on PS4

Well, the procedure is far from complicated and takes only a few minutes. So, if you’re one of those PS4 users facing slow internet speeds, try this procedure out and let us know how this has improved your download speeds. Also, while I tried this on the PS4 Pro, the method should work on the original PS4 and PS4 Slim. So, try it out and let us know your thoughts in the comments section below.