Note: I tried the following method on my Nexus 5X and Google Pixel running Android 8.0 Oreo, and it worked just fine. The apps I tested for this purpose were Twilight and LastPass, both of whose notifications were hidden after the course of this method. 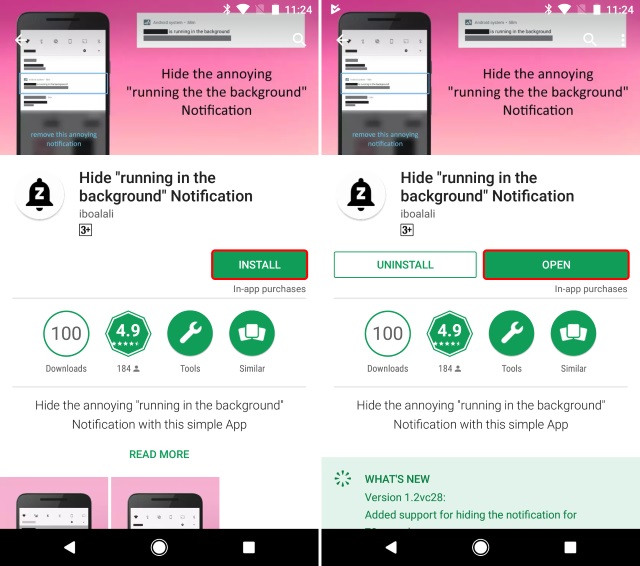 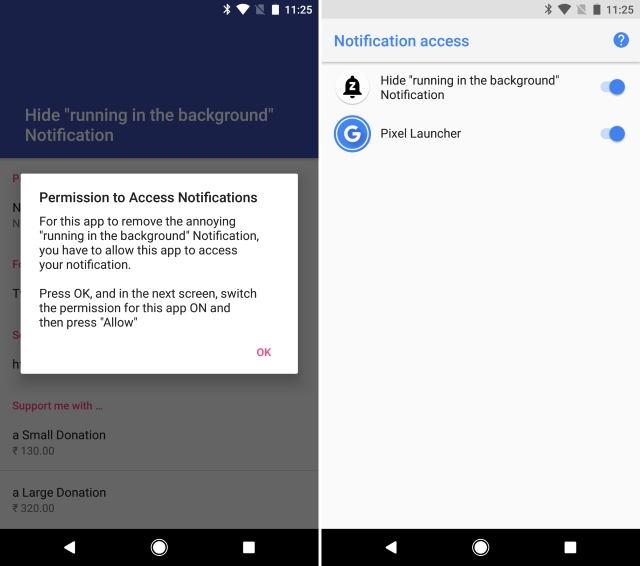 As you can see, you can just install the app and remove the “running in the background” persistent notification on Android Oreo devices. While there is a method to hide this notification using Tasker as well, it is quite complicated and time-consuming. So, you’ll be better off installing the app.

SEE ALSO: How to Customize Navigation Bar in Android Oreo

Hide the “Running in the Background” Persistent Notification

While Android Oreo is certainly one of the most advanced Android OS till date, certain new features are quite annoying. The “running in the background” notification might deem useful to some users, but for most of the Android community, the persistent notification is an unwanted feature. Thankfully, you can now easily hide this notification using the aforementioned app. Tell us about your experience with this notification, and why do you choose to hide it, in the comments section below.