When we talk about security, be it on mobile devices or platforms or even apps, “encryption” is one word that is thrown around quite often. While people know about encryption on different apps, not many people know that they can even encrypt their Android device. Even though encryption has been a part of the Android platform since 2.3 Gingerbread, the feature has come to attention now, with the whole world taking security and privacy seriously. So, if you are someone who uses your Android smartphone to store sensitive information or private data, you should consider encrypting your device. Firstly, let’s talk about why you should encrypt your Android device.

Why You Should Encrypt Your Android Device

For people unaware, encryption is one of the most effective ways to secure any data. In simple terms, encryption converts all the data into a secret or random code, in cipher text, which cannot be deciphered by unauthorized parties. On an Android device, encryption makes sure that only people with the passcode or PIN can access the data. 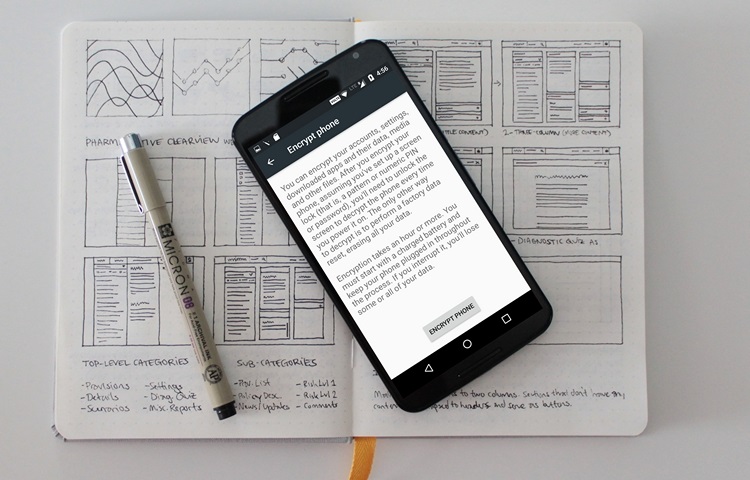 You might be thinking, how is that different than your regular PIN or passcode protection. Well, the data saved on an Android device can be accessed through different methods even if you have set up a lock. If you have an encrypted device, the data cannot be accessed or decrypted without entering the PIN or passcode. For instance, if you lose your device, the thief might be able to access the data but if you have an encrypted device, decrypting the data would require some serious skills, considering all the data is in random form aka cipher text.

Things To Know Before You Encrypt Your Android device

Now that you know why you should encrypt your Android device, here are a few key things you should know before you start with the process of encryption:

Steps to Encrypt an Android Device

The steps to encrypt an Android device are pretty simple but before you start the process, you will have to make sure of a few things:

1. First, head to Settings->Security. Here, you will find the option dubbed “Encrypt phone” (or Encrypt tablet). 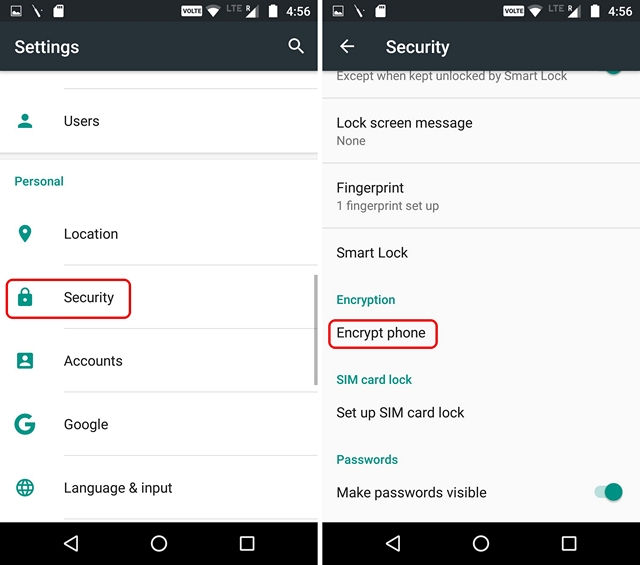 2. When you tap on it, you will be presented with all the details regarding the encryption process. At the bottom, find the option that says “Encrypt Phone” and tap on it. If you don’t have the charger plugged in, the option will grayed out. 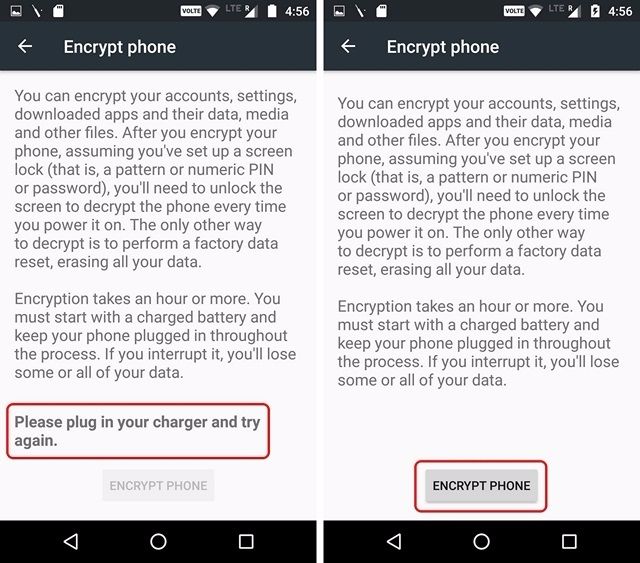 3. Then, you will have to enter the PIN, passcode or pattern. Once you’ve entered, you will again be prompted to confirm that you indeed want to encrypt your device. Here, tap on “Encrypt Phone” to start the process. 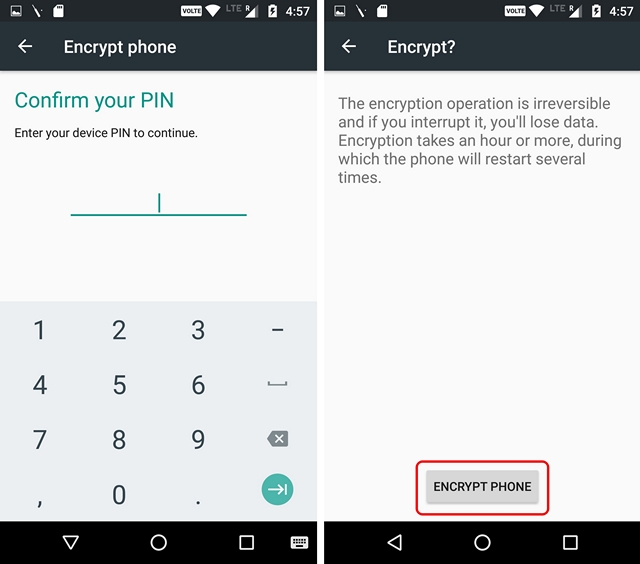 5. After it’s done, you can simply unlock your device and start using normally. You can also head to Settings->Security, where you will find that the “Encrypt phone” says “Encrypted“. 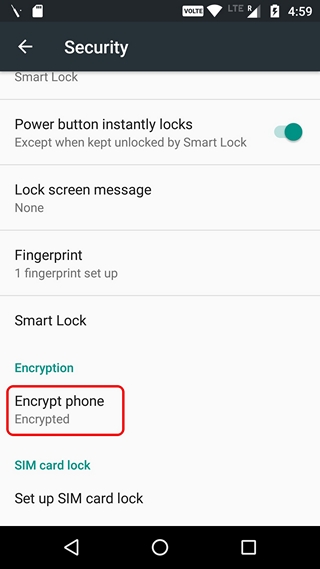 SEE ALSO: Best Ways to Keep Your Privacy on Android

Secure Your Data By Encrypting Your Android Smartphone or Tablet

Well, those were the easy steps to encrypt your Android device. We’ll recommend you to go through with the process because all your private information might not seem very important to you but they indeed are. So, encrypt your device and be safe from all the security scares out there. Do let us know if you have any doubts or questions on the process or just encryption in general, in the comments section below.