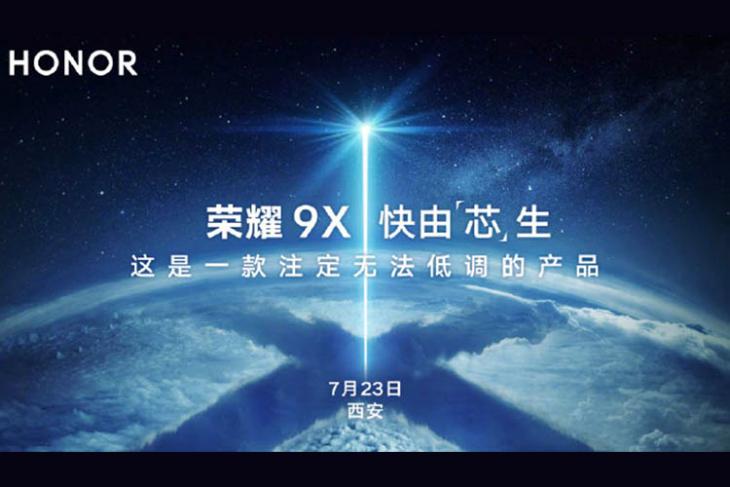 Honor is following up the launch of its Honor 20 series globally over the past few weeks with a new mid-range smartphone. The Honor 9X, a successor to the popular Honor 8X, has been in the news for some time and it now finally has a launch date. Honor 9X has been scheduled for release on July 23 in China.

Honor took to its official Weibo handle to share a teaser for the Honor 9X and the text (translated from Chinese) attached to it reads, “This is a product that is destined to be understated. Exploring the boundaries of wisdom, speed is born.”

Well, the rumor mill suggests that there will be two variants of the Honor 9X – the Honor 9X and the Honor 9X Pro. The specs sheet for both the devices had surfaced on the Internet recently and here’s everything we know about the phones.

Both the devices will feature a large 6.5-inch to 6.7-inch Full-HD+ LCD screen, with the standard variant expected to have a waterdrop notch while the Pro variant could host a punch-hole design. They’ll both be powered by the newly launched 7nm Kirin 810 chipset and house 3,750mAh and 4,000mAh battery packs respectively.

In the camera department, the Pro variant is expected to house a quad-camera module with a primary 48MP Sony IMX582 camera, along with an 8MP wide-angle lens and 2MP macro and depth lenses. The standard 9X will ditch the macro lens and feature a 24MP primary lens.

Though we have an inkling about the specs of the Honor 9X series, we have no info on what the devices will look like. Guess we’ll have to wait for the launch to know all about that.