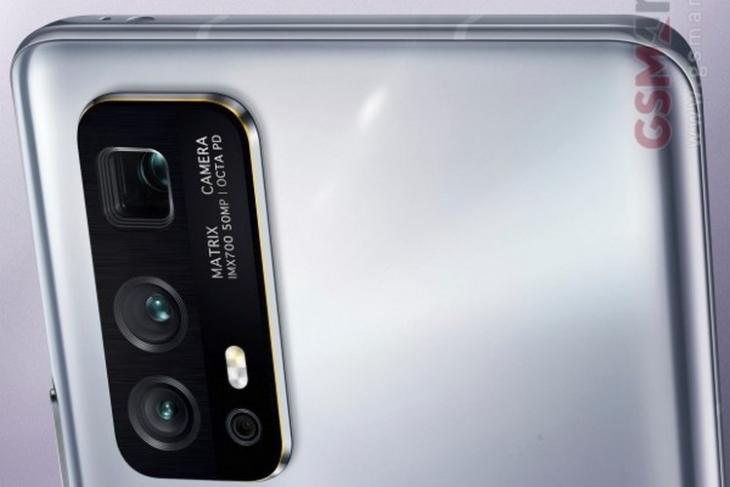 Honor is all set to unveil its Honor 30 series – Honor 30 and the Honor 30 Pro on the 15th of April, one day after the OnePlus 8 series event. A new Honor phone with model number EBG-AN00, presumably the Honor 30 Pro has now passed through Geekbench.

According to the listing, the device will be powered by a HiSilicon Kirin processor clocked at 1.95GHz, likely the Kirin 990 5G chipset. The handset will equip 8GB of RAM and will run on Android 10. 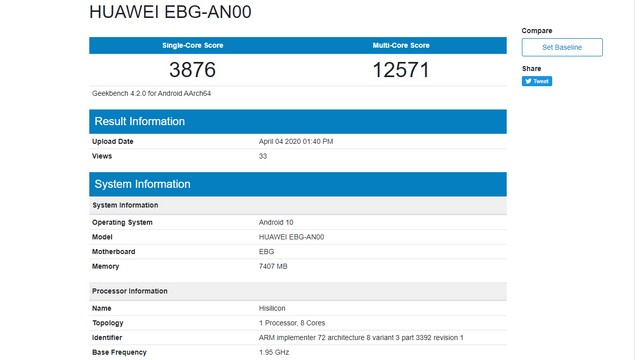 According to reliable tipster Onleaks, the Honor 30 (non-pro) will sport a 50MP custom Sony IMX 7XX sensor with 4in1 2.24μm pixel binning, 12MP ultra-wide sensor, and an 8MP telephoto sensor with support for 3x optical zoom. This is backed by a recent GSMArena‘s Honor 30 image render report showing off the IMX700 sensor which is believed to be the industry’s largest Sony custom sensor.

Onleaks also claims Kirin 985 chipset will be used in at least one of the models in the Honor 30 series. “I just heard #Kirin985 which will allow the use of the largest image sensor of the mobile industry will likely be unveiled on April 15th and power at least one of the upcoming #Honor30 Series model”, wrote the tipster on his Twitter handle.

Going by these, it is likely that the Honor 30 would use Kirin 985 and the Honor 30 Pro would stick with Kirin 990 5G chipset. With that said, we will have to wait until April 15 to know for sure.

Given the current Huawei-US trade situation, it is likely that the Honor 30 series will launch without Google Media Services. However, Huawei is still hopeful to bring GMS back to its devices sometime in the future.