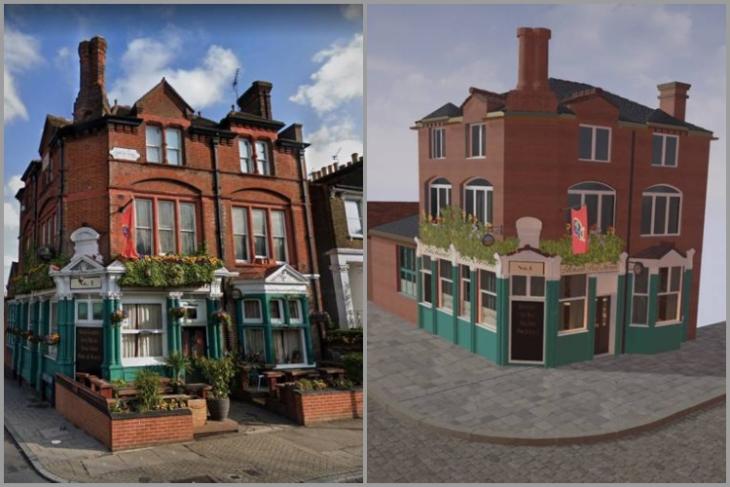 Going to our favourite bars to have a few drinks with friends have become a kind of a myth at this point due to the Coronavirus-led lockdowns in place. However, Tristan Cross, a resident of the UK has been missing going to his favourite bar, the Skehan’s, after work so badly that he created a 3D version of it to experience the environment in virtual reality (VR) without needing to break the lockdown rules.

Now, creating a 3D model of a structure sounds difficult, especially when you have no prior experience of working with 3D modelling. This was exactly the case for Tristan as he was an amateur in the field. However, the sheer will power to enjoy the environment of his favourite pub led him to create the bar in VR from absolute scratch. You can watch him enjoy his drinks in the video below.

Cross, as he said in his story, got his hands on the blueprint of the pub as Bryan Fitzsimons, the current owner of the pub, was “kind enough” to send him that along with some reference photographs of the pub. After getting his hands on the resources, Cross downloaded Archipack, which is an add-on for the open-source 3D software, Blender and went off to create the base structure of the pub.

At first, Tristan thought that he couldn’t create the VR version of the pub all by himself. However, after spending an afternoon tinkering with Blender, he successfully created a room with the pub’s dimensions. Then he sent it to his friends who told him it looks exactly like Skehan’s.

This gave Tristan the confidence to create the whole pub in VR with every detail and he spent the next few weeks creating a 3D VR version of his favourite pub. You can check out the run through of the final 3D model in the video below.

Now, to give his 3D pub the realistic touch, Cross used Quixel’s Megascans library of textures which are scanned from real objects to achieve the feat. For the people, he used a software that takes pictures of people and creates a 3D version of it. So, there are some familiar faces in the VR pub like Liverpool manager, Jurgen Klopp and Arsenal manager, Arsene Wenger!

Although the pub looks quite realistic, the people there are more like puppets, killing off the “realistic vibe”. However, an AI algorithm could help Cross make the people in his pub come to life, but the use of such advanced tech is currently out of reach for Tristan.