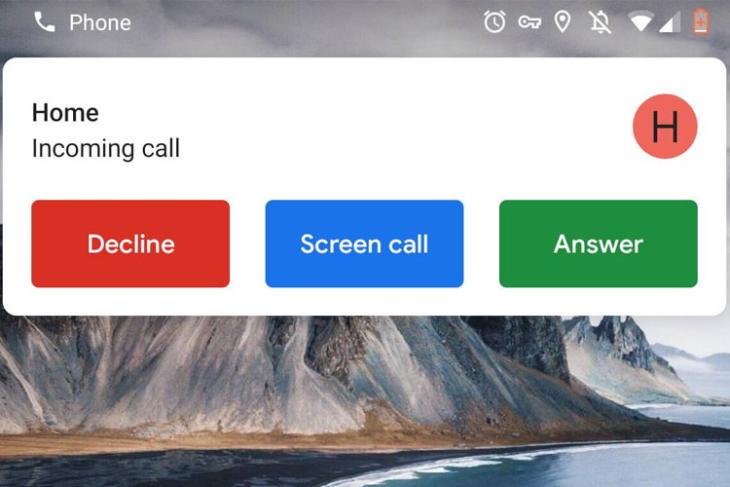 Screen Call was arguably one of the coolest feature that was introduced with the new Pixel 3 smartphones this year. But thankfully, Google promised to roll out this feature to the older Pixel and Pixel 2 phones in November.

That being said, though, it looks like the feature is not yet available for all the Pixel 2 and Pixel 2 XL owners even with the latest Phone app version. So, I am inclined to believe that it is a staged rollout.

Screen Call lets the Google Assistant answer your incoming calls to ask what the caller wants. The Assistant will also show you a real-time transcript of the conversation on your screen, so you can decide whether to pick up and talk, or you could continue the conversation virtually by telling the Assistant what to say.

Screen Call is only available in the US for now. So those outside the States or us in India, will have to wait for an official word from Google for the release. The feature is not even available on the Google Pixel 3 phone in India.

Google Assistant Can Now Hold on Lengthy Calls for You