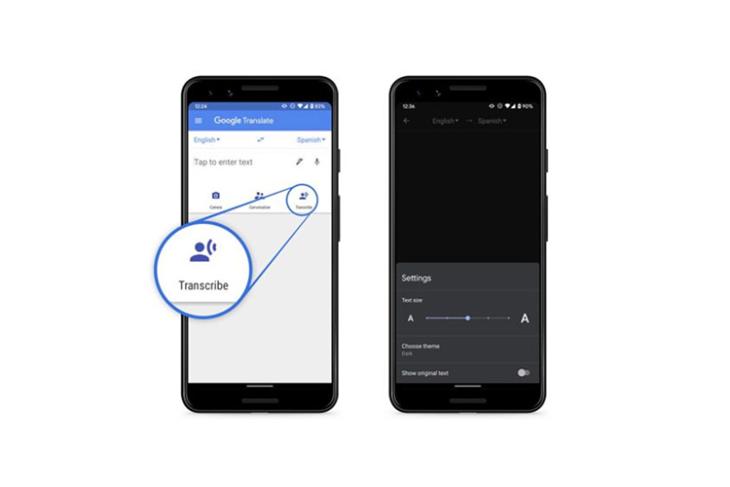 Google is reportedly working on adding a live transcription feature to the Google Translate app. The software giant previewed the feature at an event held in San Francisco alongside a few AI project demonstrations.

With this feature, Google Translate will seamlessly transcribe and translate conversations in real-time. The feature is expected to be a sophisticated version of the Interpreter mode introduced in Google Assistant last December.

Google Translate’s transcription mode is reportedly even capable of adding punctuation, correcting word choices based on context, accents, and regional dialects. The accuracy of the feature could be questionable at first but it is expected to improve over time.

It is worth noting that the feature is currently in the prototype stage and would require some finetuning before it gets launched. As The Verge points out, the app would probably require an active internet connection for the feature to work considering the complexity.

Also, don’t expect an option to import your audio files to get it transcribed. The feature is likely to be limited to live audio captures initially. As a workaround, Google suggests playing your old audio file on a speaker and using the app to transcribe the audio.

The feature is currently being tested in several languages, including Spanish, German and French. There is no exact timeline regarding when to expect the feature but once it is ready, it will come first on Android devices.

Whenever the feature starts rolling out, I believe a lot of foreign students would get benefitted if the feature turns out to be as promising as it sounds like. Also, it could enhance the quality of living in a foreign country by reducing the conversation gap.

Google has today started rolling out the new “Transcribe” feature inside Google Translate on Android.

You can update the Google Translate app on your phone to get the feature. Google is also planning on bringing it to iOS in the near future.