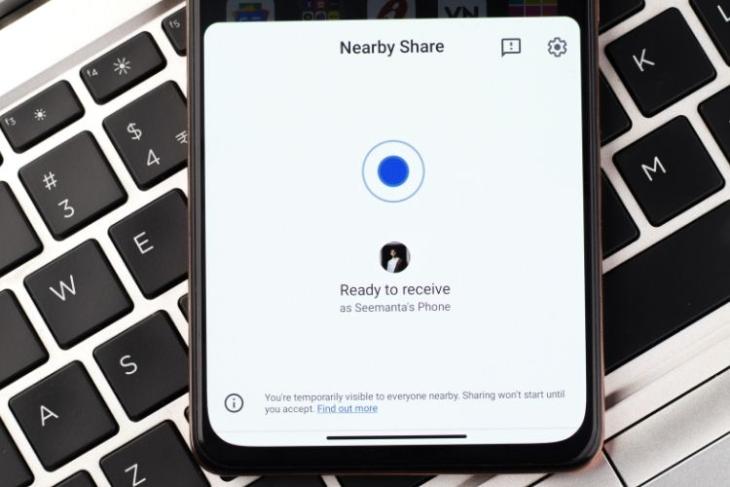 Hints of this capability have been spotted in the Chromium repository by ChromeStory. This feature will let Chromebook users share their Wi-Fi credentials (such as the network’s SSID, security type, and WiFi password) with other people using Nearby Share. Of course, both the sender and receiver need to have Nearby Share turned on and will have to be in Bluetooth range.

It will be just like how Android users can share the Wi-Fi details with the help of Nearby Share with other Android users. Since Chromebooks recently got hold of the Nearby Share feature, the addition of the Wi-Fi sharing functionality seems like the next step.

One thing worth noting is that Wi-Fi sharing using Nearby Share on Chrome OS might be in its early phases and there’s no word on when it will reach the stable version. There are chances it might not launch for Chromebook users anytime soon.

In addition to this, Google seems to be working towards enhancing Nearby Share on Chromebooks. It was recently revealed that Google is testing a new Self Share feature for Chrome OS devices. This feature will allow users to share files from their Chrome OS laptops or tablets to other devices such as Android phones and Chrome OS devices using Nearby Share. However, there’s no word on its availability too.

We will let you know once we get more details on the new Wi-Fi password sharing feature or the Self-Share feature on Chromebooks. So, stay tuned for more details.