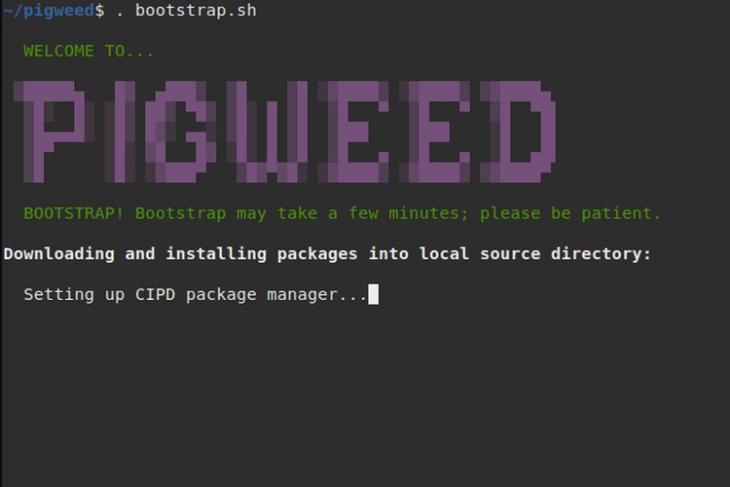 Google filed a trademark for a “computer operating software” named Pigweed last month. While most of us were guessing it could either be a new name for Fuchsia OS or a brand-new operating system, Google has now shed some light into Pigweed – an open-source collection of embedded libraries.

According to a recent post on Google Open Source Blog, Pigweed is just a collection of modules intended to enable faster and reliable development on 32-bit microcontrollers. To put it in simple words, Pigweed helps simplify the workflow of developers working on microcontrollers like STMicroelectronics STM32L452 or the Nordic nRF52832.

Pigweed modules are available across the entire development lifecycle. For instance, as detailed in the blog post, there is a module named pw_env_setup that’s responsible for setting up your development environment. The module fetches the necessary tools and sets it up in a virtual environment.

There is another module in Pigweed called pw_watch that effectively automates builds, runs specific tests upon changes in code. The best part? You don’t even have to leave your editor to perform all these. Pigweed offers a pw_target_runner module to run parallel tests across multiple devices.

Google has also addressed the strange name for the project. “Pigweed, also known as amaranth, is a nutritious grain and leafy salad green that is also a rapidly growing weed. When developing the project that eventually became Pigweed, we wanted to find a name that was fun, playful, and reflective of how we saw Pigweed growing. Teams would start out using one module that catches their eye, and after that goes well, they’d quickly start using more.”

Pigweed is accessible now under the Apache 2.0 license. You can setup Pigweed by following the official set of instructions. Before you do that, do keep in mind that Pigweed is in its early stages of development and is not suitable for production use right now.