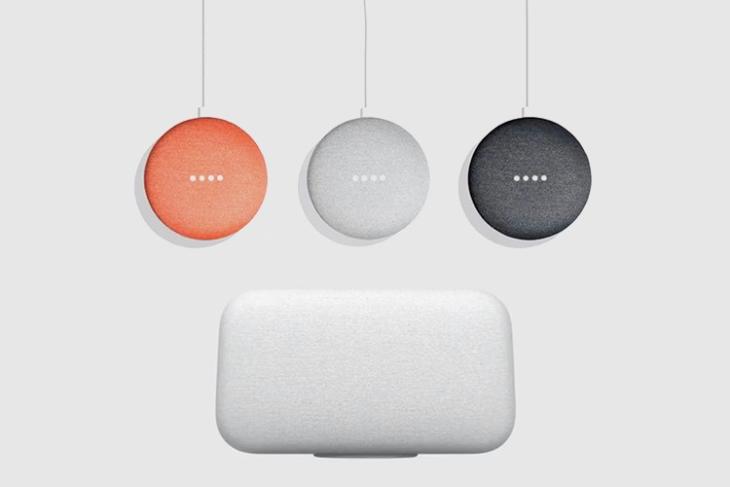 The Google Home app has more than 50 million downloads on the Google Play Store which means it is fairly popular. The app, which was earlier limited to casting to external displays via Chromecast, has gained popularity after the release of Google’s lineup of smart speakers.

Now, considering that Google Assistant enjoys a privileged and vital position in the tech giant’s plans for the future, devices like Google Home (including all the different variants) are among Google’s key products. To attract more users to the ecosystem, the company is now working on a visual overhaul of the Google Home app, in line with the latest Material Theme (aka Material Design v2).

While many of the elements in the app have already been transitioned to the Material Theme, Google is now scrubbing the remaining nooks and corners. Based on the screenshots shared by XDA, one of the key changes is the new bottom toolbar. 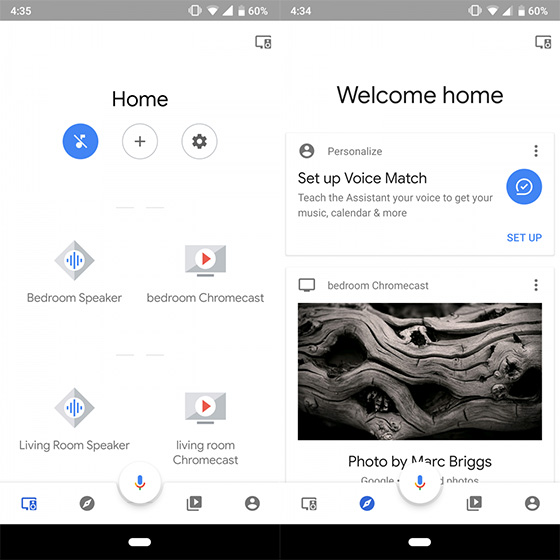 The toolbar features dedicated buttons for Discover, Browse, Settings, and Devices menu. There is also a new dedicated voice command button which should invoke the Google Assistant so that you can perform tasks without lifting the phone.

The extra buttons in the bottom bar have also helped Google eliminate the sidebar present in the current version of the app. Notably, the Devices button is also present at the top as in the earlier version.

Nonetheless, the Devices page appears to be much cleaner, thanks to the minimal icons instead of cards previously. The Settings page is also getting straightened up with Google reorganizing options based on what users are most likely to use the app for, while options like Payments being pushed under “More settings”.

There is no information about the availability of the app but looking at the finishing of app, save the duplicate Devices icon, we can expect it to roll out soon. Meanwhile, if you use any of the Google Home products, you can download the Google Home app from Play Store for free.