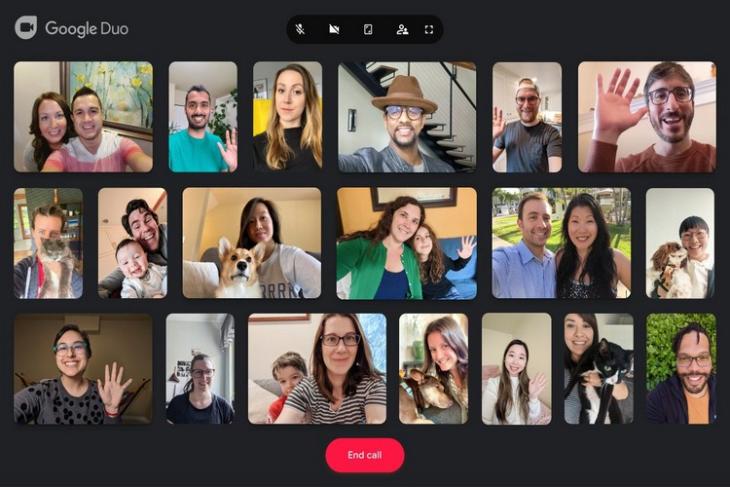 After bringing group video calls on the web last month, Google Duo now supports a total of 32 participants. The update comes at a time when people have embraced group video calls due to the coronavirus pandemic.

According to Google’s communications suite lead Sanaz Ahari Lemelson, the feature is rolling out on the latest version of Google Chrome.

1/Today one of our most requested features for Duo, group calling on the web with up to 32 people, is starting to roll out on the latest version of Chrome. pic.twitter.com/hjnL96iVcz

Google will also extend the group video calling limit on its Android and iOS versions of Duo. Sanaz mentions that the company will add support over the next couple of weeks.

32 participants will be available on all platforms. We will ramp this up over the next couple of weeks.

To use group video calls feature, log in to Google Duo with your Google account, and tap on the “Create Group” button. You can then share the link to invite your friends and family.

Google Duo’s group video calling feature was initially limited to its mobile apps with just 8 participants. However, the company increased the limit to 12 people in March to help people stay connected and with this expansion, Google will finally catch up with Apple’s Group FaceTime that has offered group video calls with 32 participants since 2018.

Alongside this announcement, Google has also added a Progressive Web App (PWA) for Google Duo. You can now install Duo as an app if you click on the Install button that appears on the address bar.