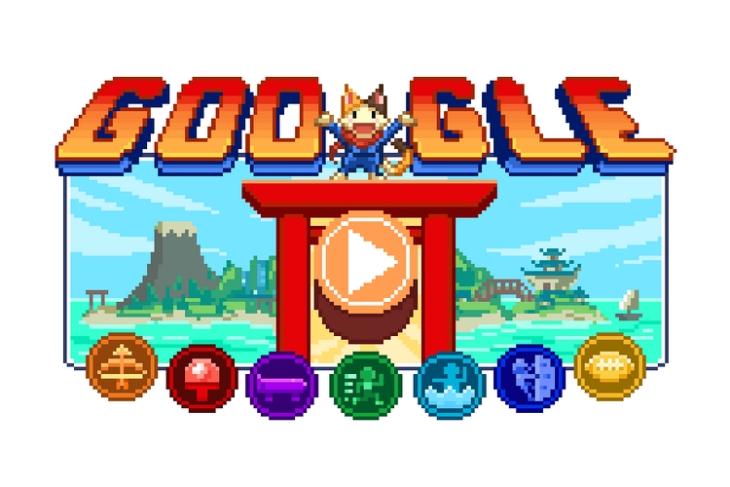 Google has launched a new Doodle game to celebrate Tokyo Olympics 2020. Called Google Doodle Champion Island Games, the company partnered with Tokyo-based animation studio STUDIO 4°C to create the interactive Doodle game that lives on the Search homepage. Here’s what to expect and how you can play the game.

As the name suggests, the Doodle game is set on an island. You will be playing the character of the athlete Lucky (cat) in the game and there are seven sport mini-games in the doodle. Your objective is to defeat sport champion in each game and collect all seven sacred scrolls. It also has hidden challenges to keep you engaged.

The seven games in question include Table Tennis, Skateboarding, Archery, Rugby, Artistic Swimming, Climbing, and Marathon. Since this is a Doodle game, you can access it right now from Google Search homepage. The controls are fairly straightforward too. You can use arrow keys to move the character and the Space bar to perform actions.

“By completing the mini games, Lucky brings happiness in the form of flowers and dangos…which will be a treat to everyone in the world! Also, only Champions know how hard Lucky worked. In other words, we want to convey that joy can result from the focus and hard work of every one of us, which is not always recognized by others,” says the creators of the game.

If you are reading this after Google has removed the Doodle from the home page, we’ve got you covered. You can directly access the Doodle game from this link even after the Olympics season. And if you like playing Doodle games, do not forget to check out our list of the best Google Doodle games. You might also be interested in other hidden Google games to play when you’re bored.