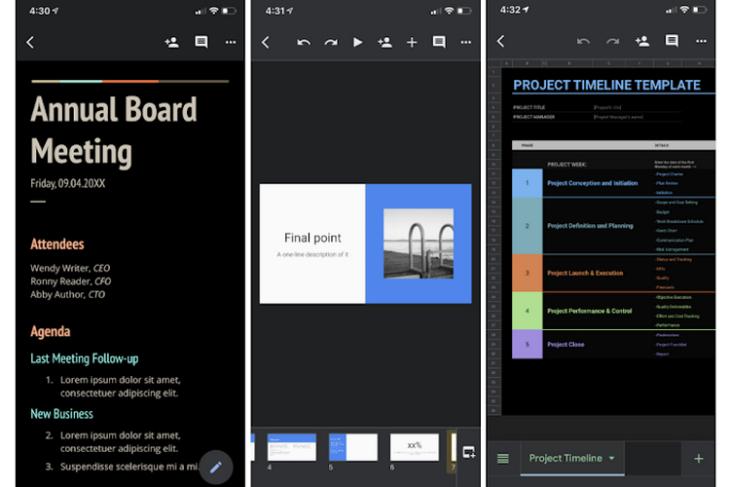 Just like the implementation on Android, you can preview the document in Light theme using More -> View in light theme. This approach will give you a better idea regarding how the document will look for other collaborators and viewers who might be using light mode. Plus, in some cases, it’s just easier to view documents in light mode.

Google says that the dark mode for Google Docs, Sheets, and Slides is now available with the latest versions of the apps on the App Store. It remains unclear if the rollout is strictly based on the latest app update or the company is bringing dark mode through a server-side change. Either way, if you’re someone who has been waiting for dark mode on any of these apps, now would be a good time to update them.